Turkey's house sales to foreigners up 81 percent in January 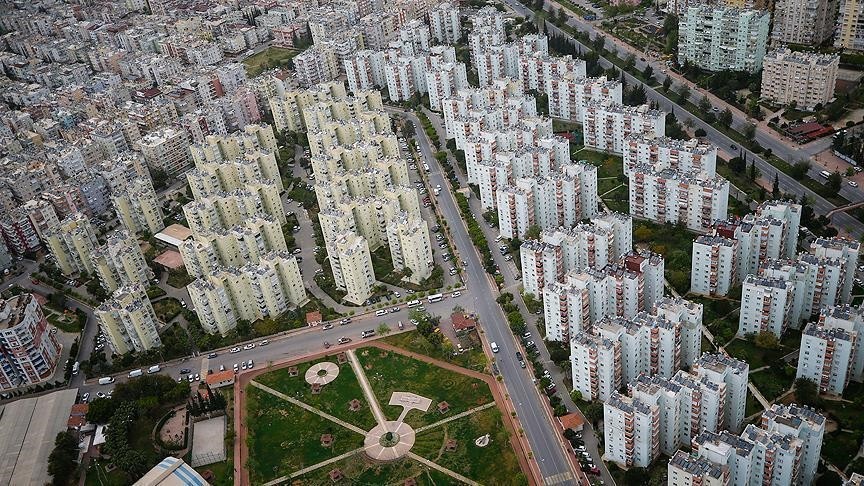 Turkish real estate sales to foreign buyers, which enjoyed a buoyant 2018 supported by private sector campaigns and legal amendments, has maintained its pace and saw an all-time monthly high in the first month of this year.

House sales to foreigners skyrocketed by 81.9 percent year-on-year in January to 3,168. The same figure stood at 1,742 in the same month last year.

Istanbul was the top choice for foreign buyers in January as 1,361 residential properties were sold in the country's largest city, followed by the holiday resort city Antalya with 601, the capital Ankara with 182, Bursa with 177 and Yalova with 162.

Iraqi citizens, which bought around 8,205 houses last year, again led the way among nations and purchased 605 houses in Turkey in January. Property sales to Iraqis in the same month of last year stood at 272.

Iraqi citizens were followed by Iranian, Russian, Afghan and Jordanian nationals with 305, 195, 191 and 151 house sales, respectively, the data showed.

When the top 10 nations purchasing the most residential properties are examined, Iranians saw the highest increase compared to the same month of the previous year with 267 percent. Iranians were followed by Palestinians with 222 percent and Iraqis with 122 percent. In the mentioned period, house sales to Saudis decreased by 33 percent.

Legislative amendments that eased citizenship with investment limits for foreigners, campaigns launched by real estate developers and banks and spiking foreign currency brought an annual record – a 78.4 percent increase in 2018 compared to the previous year. Some 39,663 properties were sold to foreign investors last year – the highest number ever. In 2017, foreigners bought 22,234 units.

Commenting on the data, Member of Executive Committee of Nef Selçuk Çelik was cited by Anadolu Agency as saying that this is evidence that Turkey can see an increase in house sales to foreigner buyers independent of seasonal effects.

"This increase is actually a sign that we will reach the 50,000 target in house sales to foreigners this year. For the last two years, we have seen a rapid rise in property sales to foreigners, but there is a long way ahead when we think that Britain and Spain sell houses to over 100,000 foreigners," he said.

According to the official figures, around $4.1 billion in revenue was obtained from house sales in the first 10 months of last year, Selçuk said, adding that they expect the figure to have reached $5 billion for the whole of 2018.

With incentives introduced, he said he believes that house sales to foreigners will increase to the level of $15 billion, and this will create foreign exchange inflow corresponding to $60 billion of exports.

Praising the figures, Beyttürk Chairman of the Board Muhammet Uğurcan Barman said he believes house sales to foreigners will further increase in the upcoming period and that Turkey was the only option offering all the criteria requested by the Arab countries.

Its location, cultural values and price advantage make Turkey attractive among Middle East and Gulf countries. "Both high exchange rates and a decline in finished real estate prices have made Turkey advantageous. We should do more promotions in this region. It is easy to exceed the figure of 50,000. Our target should be 100,000," he said.

On the other hand, Babacan Holding's Chairman of the board of directors İbrahim Babacan emphasized that the new regulations facilitating the financing of investors made investment in the sector even more attractive, and stressed that they were experiencing the effect of the regulations implemented in the last quarter of 2018.

"As a company that at every occasion voices that foreign investors bear serious potential for our sector, we think that we will easily reach the target of 60,000 units and $10 billion in sales volume set by our sector this year.

Meanwhile, overall house sales in Turkey decreased by 24.8 percent in January compared to the same month of the previous year and stood at 72,937.

Furthermore, the mortgaged house sales throughout Turkey decreased by 77.2 percent year-on-year and stood at 6,537, having a 9 percent share in the overall house sales in the country.