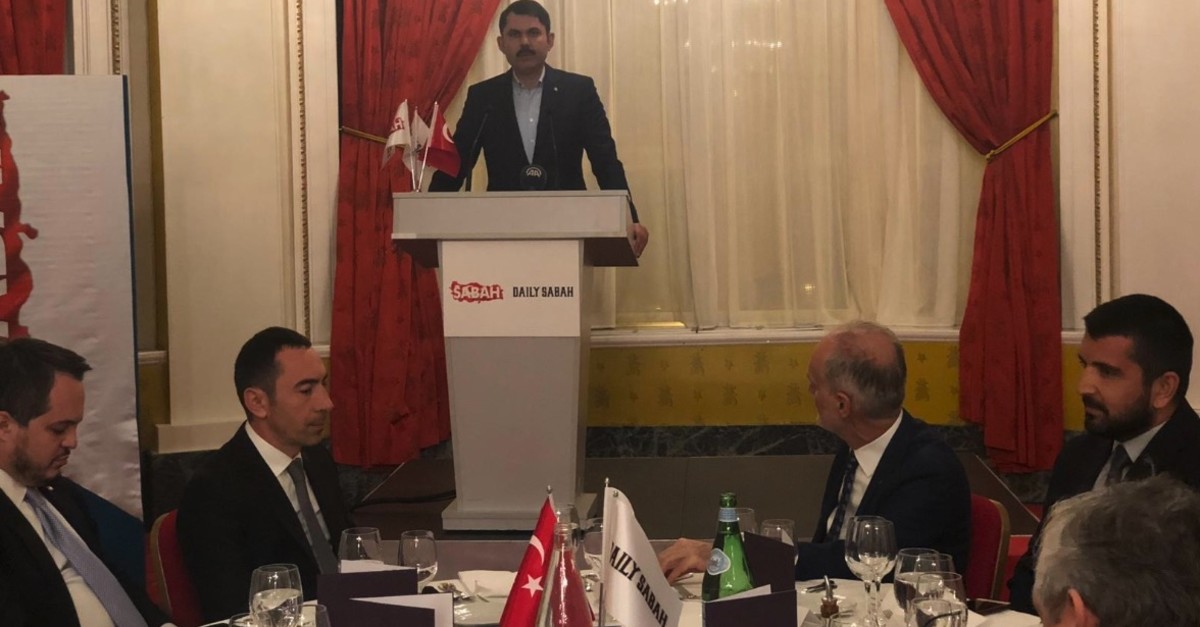 On the first day of the world's largest real estate fair, MIPIM 2019, Daily Sabah brought together Turkish real estate giants and businesspeople with government officials, including the environment and urbanization minister and Investment Office head, at a dinner in Nice, France. At the international real estate exhibition, which kicked off Tuesday in Cannes, France and will last until Friday, Turkey is being represented by around 206 institutions and organizations. The country's most prominent cities, leading real estate firms and architects are at the fair, which draws the most influential international property professionals from around the world.

In his address at the event, Environment and Urbanization Minister Murat Kurum said Turkey has developed an urbanization strategy that will move forward by taking into consideration population growth and environment while employing the latest technological advancements.

Kurum said that while Turkish contractors have substantial projects abroad, they have the potential to surpass the current commitment of the $11 billion volume in 36 countries.

Since the day they opened abroad in Libya in 1972, Turkish contracting firms have reached a size of $378.9 billion. The sector has undertaken close to 9,600 projects in 123 countries.

In his opening speech at the event, Daily Sabah Editor-in-Chief İbrahim Altay underlined that Daily Sabah and its parent company the Turkuvaz Media Group will continue to support and stand by the construction and real estate sector.

They have closely followed different sectors and have been preparing special reports and publications for MIPIM, and similar fairs and events that take place around the world.

Altay said that Daily Sabah, with publication in four languages, namely English, German, Arabic and Russian, continues to be Turkey's voice on the international stage.

The dinner event was also participated by Arda Ermut, head of the Presidency Investment Office, Ceyda Uzman, an executive board member of the Turkuvaz Media Group, Istanbul Chamber of Commerce (İTO) Chairman Şekib Avdagiç, nearly 100 businesspeople from the sector and other bureaucrats and the members of the media.

MIPIM 2019 is expected to see participation by 26,000 professionals from over 100 countries. Around 5,400 investors have also been reported to have joined the fair. This year, 40 of the world's 100 largest real estate investors and 80 of the 100 largest fund managers are also attending the event.