Turkish property sales to foreigners keep up with strong performance, post all-time high in 5 months of 2019 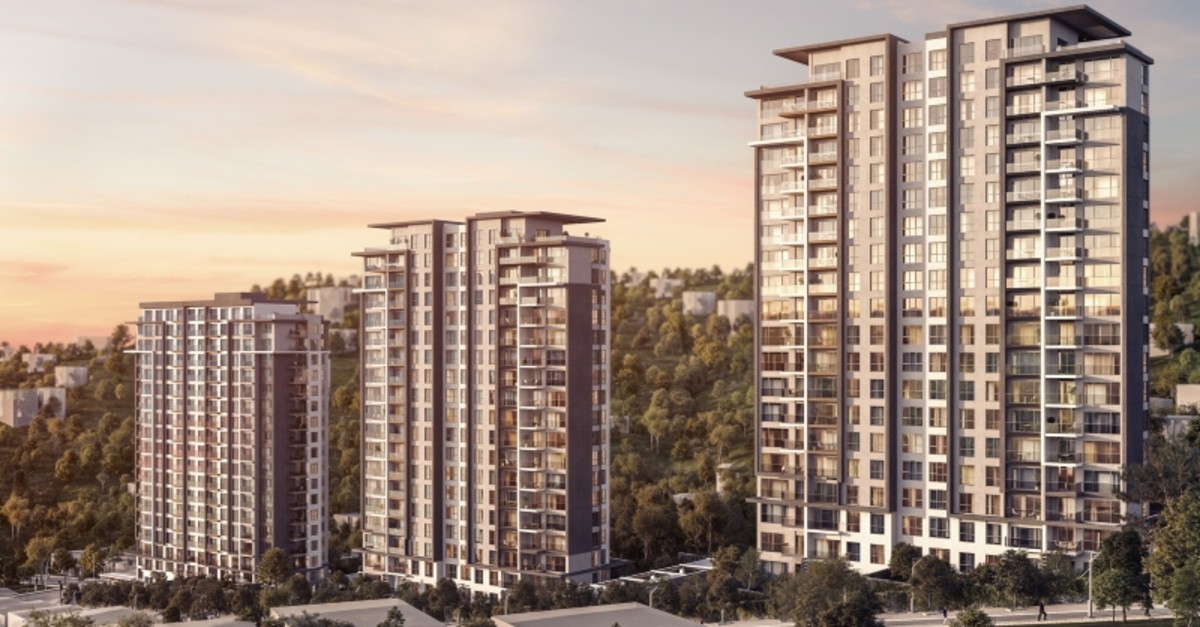 Keeping up with a skyrocketing rise, Turkey's property market saw its best May ever in real estate sales to foreigners across the country. What's more, the market has hit all-time figures in sales to foreign buyers during each month since the beginning of the year.

Sales to foreign buyers jumped by 62.5 percent last month to some 3,925 units, up from 2,415 units in May 2018. As for the January-May period, purchases by foreign residents surged significantly, from 9,756 to 17,263, posting an increase of 77 percent, according to the Turkish Statistical Institute (TurkStat) Monday.

On the other hand, overall house sales in Turkey in May dropped by 31.3 percent year-on-year and totaled to some 82,252 units.

Sector representatives say incentives and legal amendments introduced, particularly for foreigners, continue to maintain their contribution, emphasizing that the upward trend in sales to foreign investors continued despite negativities and tensions on the international and regional level.

The national statistical body said the country's most populous city, Istanbul, has continued to be the top choice for foreign buyers. Residential property sales to foreigners in the city last month skyrocketed by 103 percent year-on-year to 1,734, compared to just 854 in May last year.

As it was the case recently, Istanbul was followed by the holiday resort city of Antalya, where foreigners purchased some 850 houses in May. It was followed by the capital of Ankara with 216, Bursa with 187, Yalova with 136 and Muğla with 109 units sold.

On the other hand, when it comes to nationalities, Iraqi citizens continue to top the list of foreign buyers.

Having purchased some 407 residential properties in May last year, Iraqi citizens became new owners of 594 houses in May of this year. Iraq was followed by Iran with 509 units, Russians with 285 units, Afghanistan with 183 units, Saudi Arabia with 157 units and Germans with 155 units.

The highest increase in property purchases last month was seen from Libya; property sales to Libyan citizens skyrocketed by 493 percent compared to the same month of last year, followed by Yemen with 198 percent, the U.S. with 162 percent and Egypt with a 161 percent increase year-on-year.

SALES TO CONTINUE OVER SUMMER PERIOD

Evaluating the latest figures, Istanbul Contractors Association (İNDER) Chairman Nazmi Durbakayım said the tension experienced between the U.S. and some countries in the Gulf, particularly Iran, led wealthy citizens in these countries to turn to safe countries.

Durbakayım told Anadolu Agency (AA) this situation has been going on for the last five to six years; however, the incentives and advantages introduced for foreigners in Turkey have accelerated this trend toward the country.

"We knew there was a new record expectation in foreign purchases for 2019. Foreign sales in recent months have confirmed this expectation," he said, emphasizing that they expect these sales, which point to property sales of 50,000 units and an inflow of foreign currency of nearly $10 billion by the end 2019, will also continue in the summer period.

Similarly, Babacan Holding Board Chairman İbrahim Babacan emphasized that they have seen the benefit from the applications that facilitate foreign investors' investments in the sector.

"Demands have not slowed down despite the economic downturn affecting the whole world since September last year," said Babacan, adding that the upward trend seen so far this year will continue with purchases by foreigners coming to Turkey in the summer period.

On the other hand, pointing to the sales in the first five months, Nevita Board Chairman Faruk Akbaş said the figure is equal to annual sales from a couple of years ago.

"The number of house sales to foreigners has accelerated by around 50 percent on a monthly basis, especially as of May. As of the last quarter, it reached double the average of the first quarter. Therefore, we expect the number of property sales to foreigners to reach over 50,000 and the amount it will bring to our country is expected to exceed $7.5 billion with a similar course this year," Akbaş noted.

Legislative amendments that eased citizenship with investment limits for foreigners, campaigns launched by real estate developers and banks, and spiking foreign currency brought an annual record a 78.4 percent increase in 2018 compared to the previous year. Some 39,663 properties were sold to foreign investors last year, the highest number ever. In 2017, foreigners bought 22,234 units.