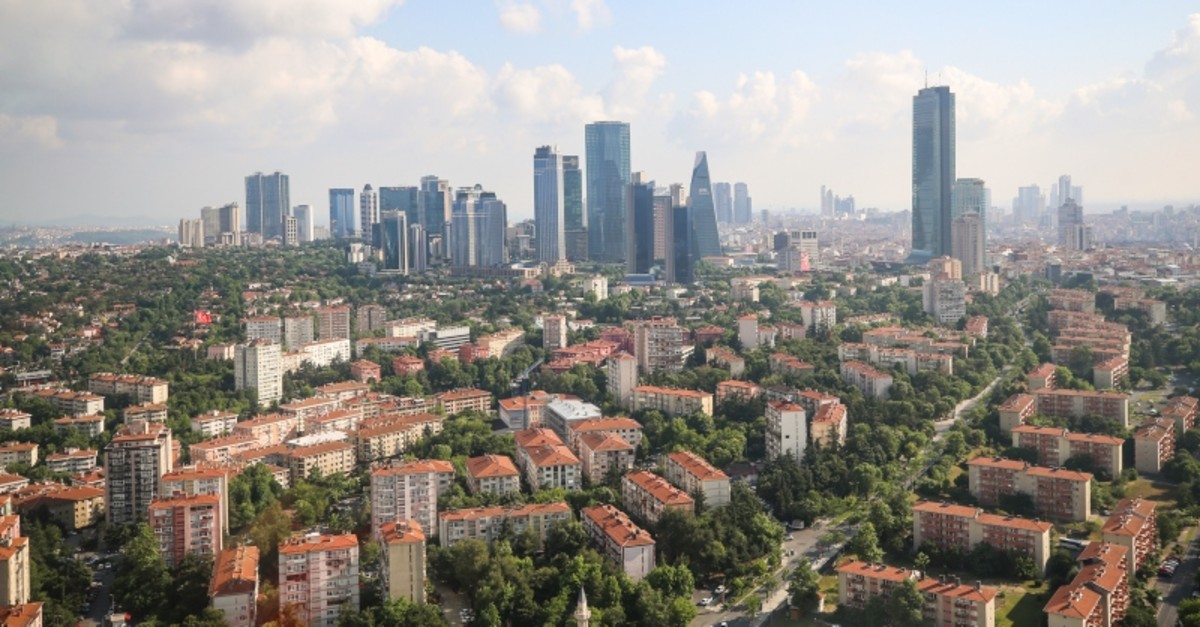 Despite this downward trend, property sales to foreigners jumped 68.8% in the first half, reaching 19,952 units in the January-June period, up from 11,816 units in the same period of last year.

As for June, foreign buyers became owners of 2,689 houses, a 30.5 percent year-on-year increase. They purchased some 2,060 units in the same month 2018. Thus, the month of June also saw its highest figures in property sales to foreigners ever.

On the other hand, a decline in the domestic market continued, as house sales on overall dropped by 21.7 percent on a yearly basis to 505,796 properties in the first half of this year, according to data. In June alone, housing sales plunged 48.6% year-on-year to 61,355 units.

Some 206,254 houses were sold for the first time while the rest were second-hand sales, according to TurkStat.

The official data showed the country's most populous city, Istanbul, has maintained its performance and continued to be the most preferred spot for foreigners in June, as it was the case in the previous months. House sales in the city last month jumped by 32.1 percent to 1,009 units, up from 764 in the same month 2018.

The holiday resort city of Antalya again followed Istanbul with 668 units sold to foreign buyers. It was followed by the capital of Ankara with 134 units, Yalova with 123 units, Bursa with 122 and Trabzon with 111 units last month.

When it comes to nationalities, Iraqi citizens maintained their rank as the top buyer among foreigners. Iraqis, who purchased some 315 houses in June 2018, increased this figure to 429 in the same month of this year. They were followed by Iranians with 415, Russians with 190, Germans with 126, and British and Kuwaitis with 103 each.

He told Anadolu Agency (AA) that the dynamism seen in the number of foreign investors since September is mainly because of the implementations that have made it easier for foreign investors to invest in the real estate sector.

Pointing out that the upward trend will continue due to foreigners and expatriates who want to spend the summer months in Turkey, Babacan said, "Investors seek to guarantee their investments by turning to projects that have been completed or are about to be completed, for which they have been awarded their title at the time of delivery."

On the other hand, Adem Atmaca, chairman of Atmaca Group of Companies, noted that sales to foreign investors have started a period of invigoration in the sector, albeit slightly, in the face of the decline in the domestic market.

Atmaca further noted that the increase of 30.5 percent in sales in June compared to last year had a doping effect in the sector, continuing, "Large-scale and branded housing projects in particular drive sales, meeting foreign investors' quest for high added value and prestige. Not only the real estate sector, but also the Turkish economy wins due to the new regulations that make it easier for investors to invest in our country. Foreigners who invest in our industry spend a certain period of the year here and create new business areas in our country."

Legislative amendments that eased citizenship with investment limits for foreigners, campaigns launched by real estate developers and banks, and spiking foreign currency brought an annual record a 78.4 percent increase in 2018 compared to the previous year. Some 39,663 properties were sold to foreign investors last year, the highest number ever. In 2017, foreigners bought 22,234 units.