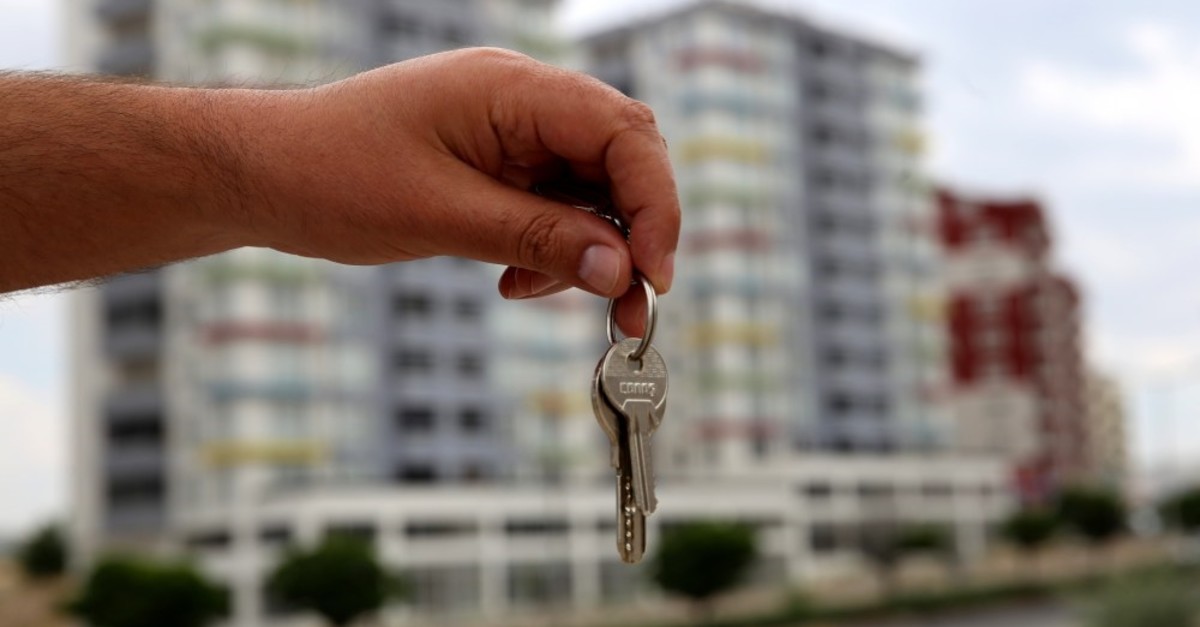 Turkey brought in $3 billion from residential property sales to foreign buyers between January and June this year, a report showed yesterday. The report was prepared by Nevita International, which was established by Fuzul Group for real estate sales to foreigners. It compiled data from the Central Bank of the Republic of Turkey (CBRT) and the Turkish Statistical Institute (TurkStat). Having maintained an upward trend throughout the year so far, sales to foreigners hit an all-time high in the first six months. They surged by 68.9 percent year-on-year, amounting to some 19,952 units, up from 11,816 units in the same period last year, according to TurkStat. As for June, foreign buyers became owners of 2,689 houses, a 30.5 percent year-on-year increase.

They purchased some 2,060 units in the same month in 2018. Thus, the month of June also saw its highest-ever figure in property sales to foreigners.

In terms of nationalities, Iraqi citizens maintained their rank as the top buyers among foreigners.

According to data compiled by the CBRT and TurkStat, foreign buyers spent $150,000 per house on average in the first half of the year. When taken into consideration that 19,952 houses were sold in the said period, the revenue generated from the sales amounted to nearly $3 billion.

With the effect of legislative amendments carried out by the economic administration recently, residential property sales to foreigners are expected to hit an all-time high by the end of 2019 and reach 50,000. Legislative amendments that eased citizenship with investment limits for foreigners, campaigns launched by real estate developers and banks, and spiking foreign currency exchange rates brought an annual record 78.4 percent increase in 2018 compared to the previous year. Some 39,663 properties were sold to foreigners last year, the highest ever. In 2017, foreigners bought 22,234 units.

Faruk Akbal, chairman of Nevita International, told Anadolu Agency (AA) that the increased performance in the first half of this year showed that the upward trend, which started in 2018, continued with all its vitality.

Indicating that foreigners spent a total of $3 billion on real estate they purchased in Turkey in the first six months, Akbal said: "This figure was around $2 billion in the first six months of last year. Foreigners spent $493 million on real estate in January, $430 million in February, $547 million in March, $421 million in April and $530 million in May. They are projected to have spent between $500 million and $600 million in June. When we look at the revenue, there is an increase of about 50 percent. All these figures are actually the most important indicators of the contribution of the real estate sector to the Turkish economy."

Akbal also noted that with some improvements, the average price per house of $150,000 would approach $200,000. "But we now have to focus particularly on wealthy families from the Gulf countries and Europe," he added.