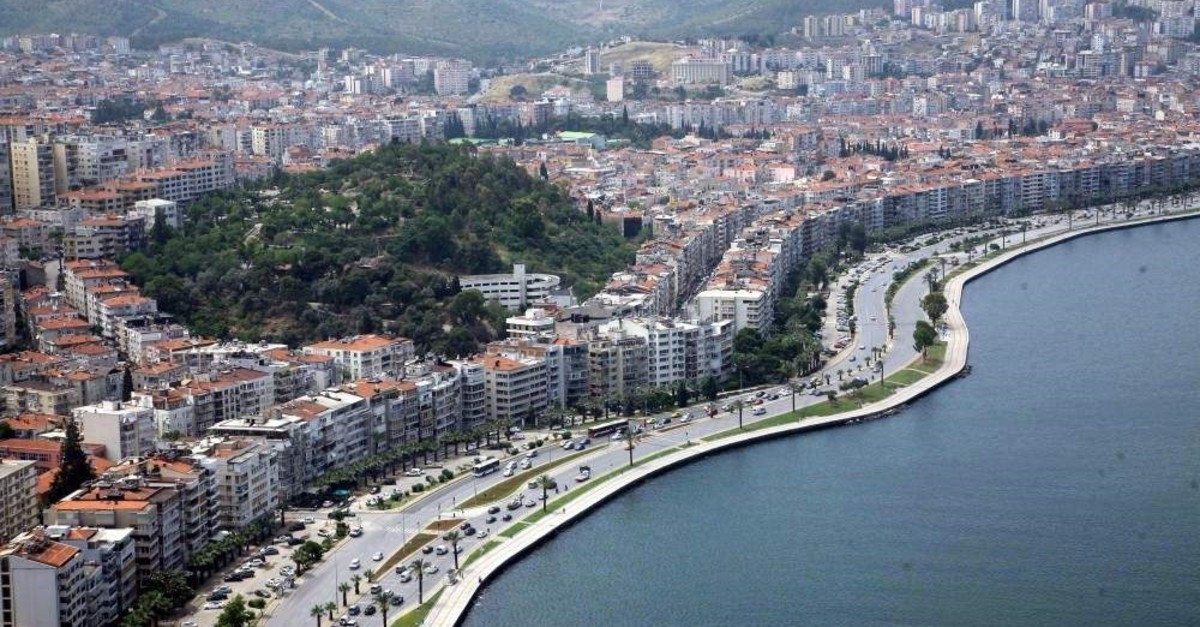 In the first nine months of this year, Yemenis purchased 1,082 real estate properties in different Turkish cities. (DHA Photo)
by Daily Sabah with AA Oct 30, 2019 10:17 pm
The number of houses bought by Yemenis in Turkey soared by 536% in the first nine months of the year, compared to the same period in 2015, when war broke out in the country, while the number of houses sold to foreigners increased by 98%.
According to Turkish Statistical Institute (TurkStat) data, the number of houses Yemenis bought in Turkey has increased exponentially year after year since 2015, when internal turmoil began in the country.
Housing purchases by Yemenis in Turkey in the first nine months of 2015, when the war broke out, was 170. This figure has reached 1,082, up by 536%, in the same period this year. The number of housing sold to foreigners in Turkey surged by 98% to 32,268 in the same period. The number of housing sold to Yemenis was 231 in 2015, 192 in 2016, 390 in 2017, 851 in 2018 and 1,082 in nine months this year.
Among the foreigners buying housing in Turkey, Yemenis ranked 20th in 2015, 15th in 2017, 11th in 2018 and 9th in 2019, while remaining out of the top 20 in 2016.
Coldwell Banker Turkey Country Director Gökhan Taş told Anadolu Agency (AA) that the Turkish real estate sector is writing a new success story in housing sales to foreigners, adding that the sector broke a record in housing sales to foreigners in 2018 and has the signs of new records this year.
Taş stated that housing sales to foreigners surged by 32% to 32,268 in the first nine months of the year compared to the same period in 2018, adding that Iraqis bought 5,527 houses, Iranians 3,624, Russians 1,939, Saudis 1,672, Afghans 1,478 and Kuwaitis 1,438 from January to September. Pointing out that Germans and Jordanians, who are in the top 10, bought 1,197 and 1,163, respectively.
Taş stated: “One of the highlights in the data is the increase in the number of real estate purchases by Yemenis in Turkey... You know that there is serious internal turmoil in Yemen. Hundreds of thousands of people have been forced to leave their country and their homes in recent years. This has also been reflected in statistics regarding housing sales to foreigners in Turkey. For the first time in history, Yemen entered the top 10 on the list of countries that bought housing in Turkey. The Yemenis who fled the war have found safe housing in Turkey.”
Four Yemenis buy housing in Turkey every day
Indicating that the number of housing bought by Yemenis in Turkey was around 100-200 some four to five years ago, Taş continued: “Due to recent developments and instability in the region, the number of Yemenis who have purchased housing in Turkey has exceeded 2,200 in the last 2.5 years alone. Looking at this year alone, over 1,000 houses were sold to Yemenis in nine months. According to 2019 figures, four Yemenis buy housing in Turkey every day. The number of Yemenis who bought housing in the same period last year was 487, while the increase over the same period this year reached 122%.”
Taş noted that Yemenis’ interest in Turkey is seen in the economy as well as in the housing sector, Taş said: “The number of companies established by Yemeni citizens in Turkey is increasing every day. According to the data, 44 Yemeni-owned companies started operations in Turkey in 2017, this number was 79 in 2018 and 41 in seven months of this year. In other words, Yemenis have established 164 companies in Turkey in the last 2.5 years.”
Last Update: Dec 20, 2019 1:20 am
RELATED TOPICS