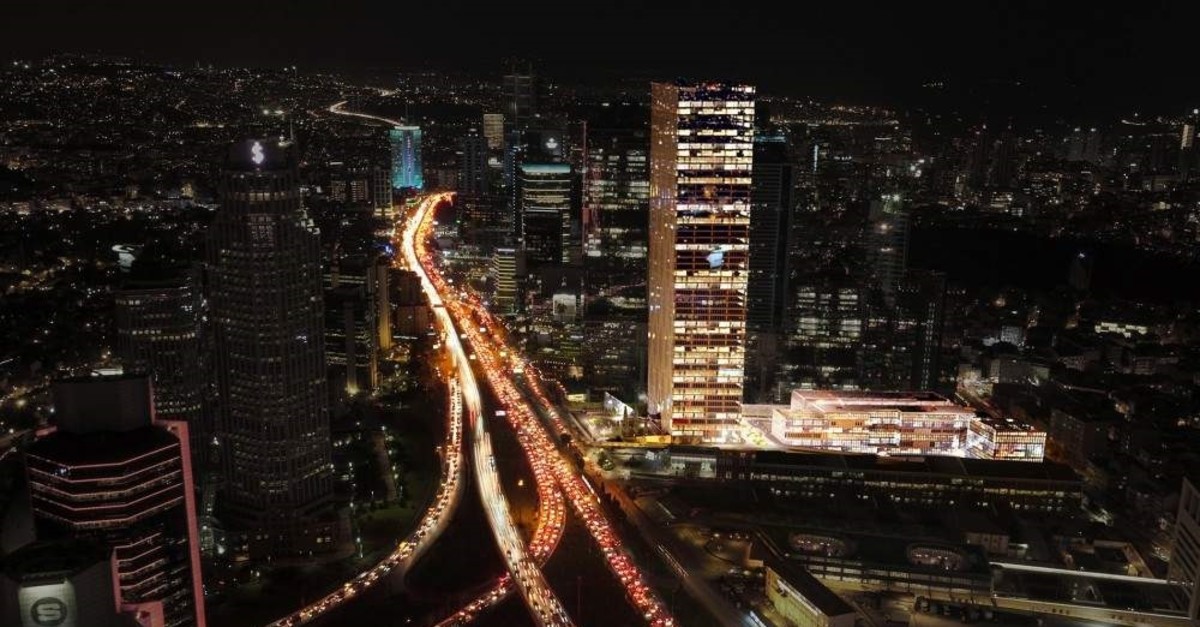 Photo take from istanbultower205.com.
by Daily Sabah Nov 08, 2019 7:26 pm
The largest bank in the world by assets, deposits and loans, the Industrial and Commercial Bank of China (ICBC) has purchased the Istanbul Tower 205 project, which rises in the city’s most prestigious and priciest location.
The lender acquired the project with a construction area of 235,000 square meters for $594 million, a statement by the Yeşil Real Estate Investment Trust (REIT), a stakeholder in the project’s contractor, Zincir Yapı, said Thursday, confirming the rumors that have been circulating for a while.
“We respectfully notify our investors and the public that the $594 million ($550 million + VAT) takeover bid for Istanbul Tower 205 has been submitted to Zincir Yapı by ICBC Bank and ICBC Turkey Investment Securities Inc., and the bid has been accepted by the land owner and Zincir Yapı,” the statement by the Yeşil REIT made to the Public Disclosure Platform (KAP) said.
Yeşil REIT posted the statement upon requests by investors and Zincir Yapı to prevent speculations, it said.
Designed as a commercial project, Istanbul Tower 205 is one of the most prestigious projects in Istanbul. It is the second tallest high-rise in the city with 52 office floors.
ICBC Turkey is the first Chinese bank that started operations in Turkey by acquiring the majority shares of a local bank in May 2015. The bank was the first to use a TL 450-million fund created by the Central Bank of the Republic of Turkey (CBRT) within the framework of a swap agreement signed in 2012 and renewed in 2015.
The entry of Chinese banks into the Turkish financial sector has helped expand China's investments and business operations in Turkey in other sectors, including in energy, logistics, tourism, transportation, infrastructure and e-commerce.
Last Update: Dec 20, 2019 1:33 am
RELATED TOPICS