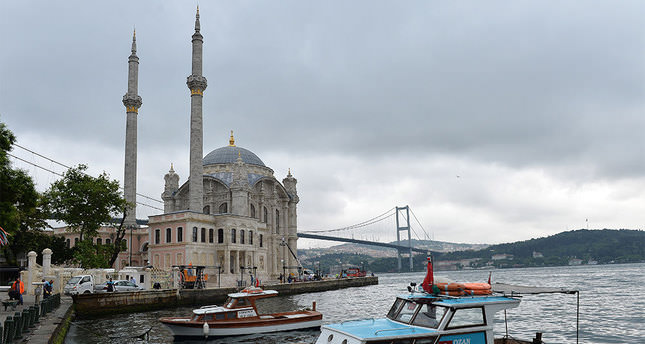 by AA Jun 05, 2014 12:00 am
ISTANBUL — Istanbul's historic Büyük Mecidiye mosque, known as the Ortaköy mosque, will reopen on Friday after a 3 year restoration.

The construction of the historic mosque started in 1853, during the rule of Sultan Abdülmecid.

The Ortaköy mosque, known as 'the pearl of the Bosporus,' has a neo-baroque style.

The mosque will be re-opened with the Friday prayer, which the Turkish Prime Minister Recep Tayyip Erdoğan is expected to attend.