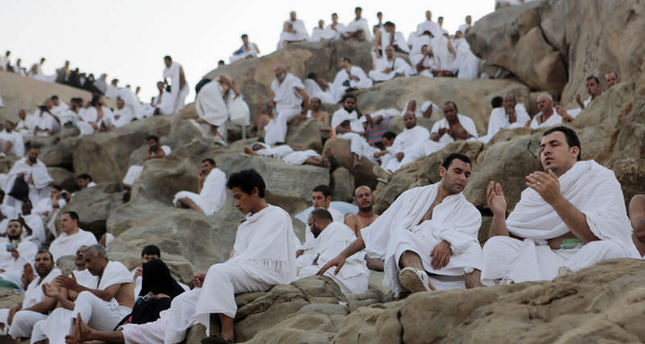 by AA Oct 03, 2014 12:00 am
More than two million Muslim pilgrims from around the world ascended Mount Arafat in western Saudi Arabia on Friday at the climax of the annual Hajj pilgrimage.

"Labbaik Allahumma Labbaik" (O God, here I am, answering your call) pilgrims chanted, as they mounted the plateau.

Pilgrims, clad in seamless white clothes, will spend the day in prayers and recitation of the Quran.

They will then return to Mina Valley outside Mecca after spending the night in the Muzdalifah area on the route between Mount Arafat and Mina.

In Mina, they will take part in the symbolic stoning of the devil at Jamrat al-Aqaba and sacrifice animals to mark the four-day Eid al-Adha holiday, which begins Saturday.

The Hajj ritual is the "fifth pillar" of the Islamic faith, one that must be performed by Muslims-if financially viable-at least once.