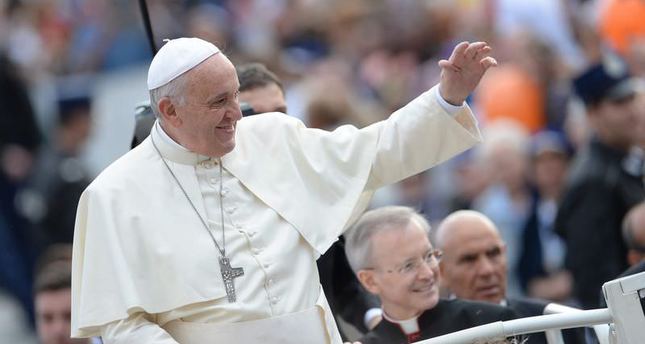 by AA
Oct 24, 2014 12:00 am
Pope Francis said Friday he wished to overcome the obstacles between Orthodox and Catholic churches during his visit to Turkey late November.

The pope is expected to meet the Orthodox Patriarch Bartholomew I during his visit in the country.

According to the Vatican press office, Pope Francis said he wished to "overcome through love and truth the obstacles that still divide us." He made the remarks in his address to the Orientale Lumen Foundation.

He also said he hoped to build stronger ties between the two churches.

Pope Francis will be the fourth pope to visit Turkey after Pope Paul VI in 1967, Pope John Paul II in 1979 and Pope Benedict XVI in 2006.