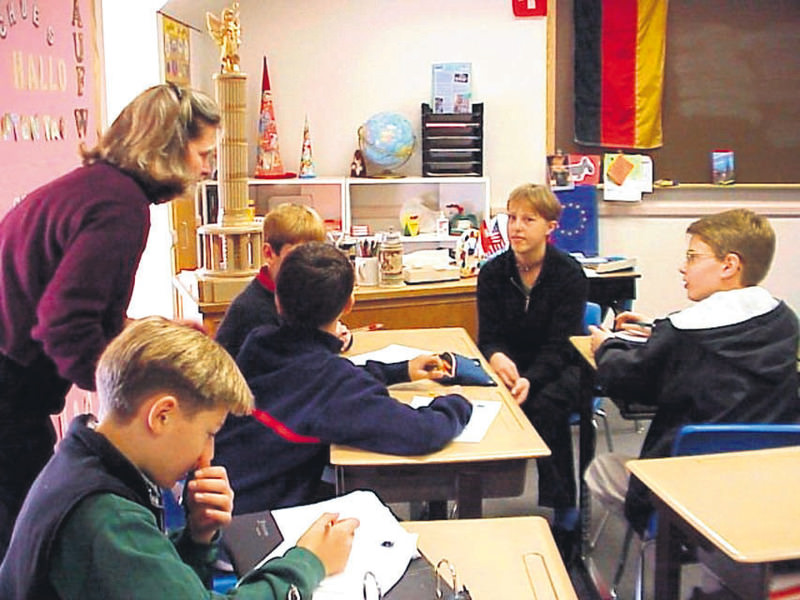 by Anadolu Agency Apr 01, 2015 12:00 am
Muslim religious leaders and members of parliament of Turkish origin in Germany have voiced concern following government research that school textbooks emphasize frictions and conflicts between German society and immigrants.

Kesici, who also gives Islamic lessons in the capital, Berlin, told AA that textbooks typically contained prejudice against migrants and in some cases even denigrated them.

Some books contained examples of stealing using characters with traditional Muslim names like Ahmad. Kesici said: "They [textbooks] impose on little children ideas that foreigners are bad and are involved in theft and violence.

"This lingers in their minds and becomes part of daily conversations and discussions at school," he added. Also, he said that there was already a general lack of knowledge about foreigners and Muslims in the country, which was compounded by negative comments and judgments in textbooks."If this was done against other minorities, all hell would have broken loose," he said. "But when it's specifically about foreigners coming from Muslim countries, when it's [about examples using Muslim names such as] Ahmad and Aisha, then nobody reacts," he added.

Taş called on German authorities to work toward teaching the last 50 years of migration in German history. "For example, Ahmad will not play with Jurgen in the playground because Jurgen will be prejudiced on account of the textbooks. We need to stop racism by starting the struggle at schools to prevent prejudice and xenophobia from taking root," he said.

Mutlu said: "Germany legally acknowledged in 2005 that it is an immigration country. However, when you look at its educational institutions, textbooks and curricula, you'll see that migrants are somewhat represented as bogeymen."

The German government research project, conducted under the Federal Government Commissioner for Migration, Refugees and Integration and commissioned to the Georg Eckert Institute, examined 65 textbooks in five states on the subjects of politics, social sciences and geography.

Unveiled earlier in March, the project concluded that immigration and diversity were presented as problems that should be combatted to attain homogenous societies.

It also said that integration was mentioned as necessary, but the term was left unexplained, while concepts such as foreigner, migrant and people of migrant origin were used interchangeably without being distinguished in any way.

Aydan Özoğuz, first state minister of Turkish origin and commissioner for Immigration, Refugees and Integration, had said that one-third of students in Germany had immigrant background and 80 percent of them had German citizenship, stressing that there was no place for stereotypes and discriminatory expressions in textbooks.
Last Update: Apr 01, 2015 3:00 am
RELATED TOPICS