PM Davutoğlu: Islamophobia used as a cover for exploitation, racism, and inequality 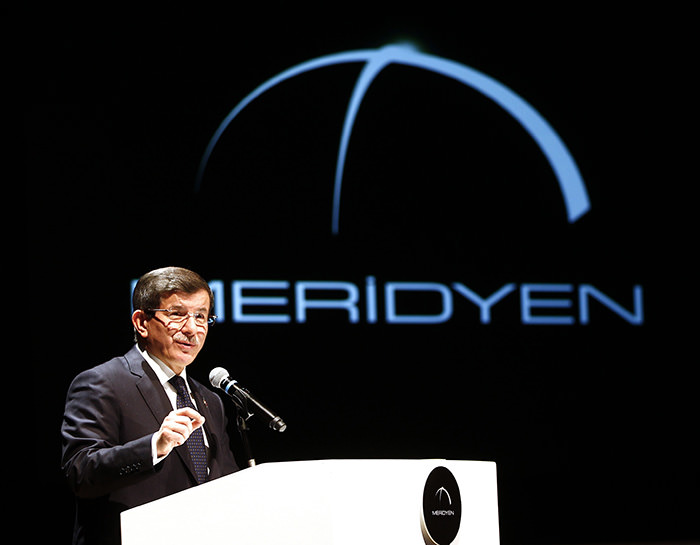 |AA Photo
by Mehmet Çelik Apr 13, 2015 12:00 am
Prime Minister Ahmet Davutoğlu said on Sunday that Islamophobia is being used as a cover for exploitation, racism, and inequality. He made the comments during the 6th International Hadith and Sirat Studies Award Ceremony organized by Meridyen Association, a Turkish non-profit organization, in Istanbul.

During his speech, Davutoğlu warned against the perception management at work against the Prophet Mohamed. He said that Islamophobia is a concept which is being utilized by the current dominant world order to protect their own agenda. Using an Orientalist approach to Islam prevents teaching generations of children about the Prophet's true character and morality, which opposes global exploitation, inequality, and racism.

PM Davutoğlu also put emphasis on the civilizing aspect of Islam, which he said represents the biggest difference between Islam and other religions, and the Prophet Mohamed's character. Davutoğlu continued by saying, "Everything the Prophet Mohamed has said is relevant today. He did not categorize humans based on race, gender, color, or geographic differences. He only saw them as humans as 'the most honorable of creatures."

Turkey's President of Religious Affairs, Mehmet Görmez, Minister of Environment and Urbanism, İdris Güllüce, and many academics were also among the guests at the ceremony.

Merdiyen Association is an Istanbul-based non-governmental organization that aims to contribute to the creation of a genuine tradition of language and thought by merging the universal heritage of knowledge with social values. Participant speakers also commented on the organization's English website - lastprophet.info.