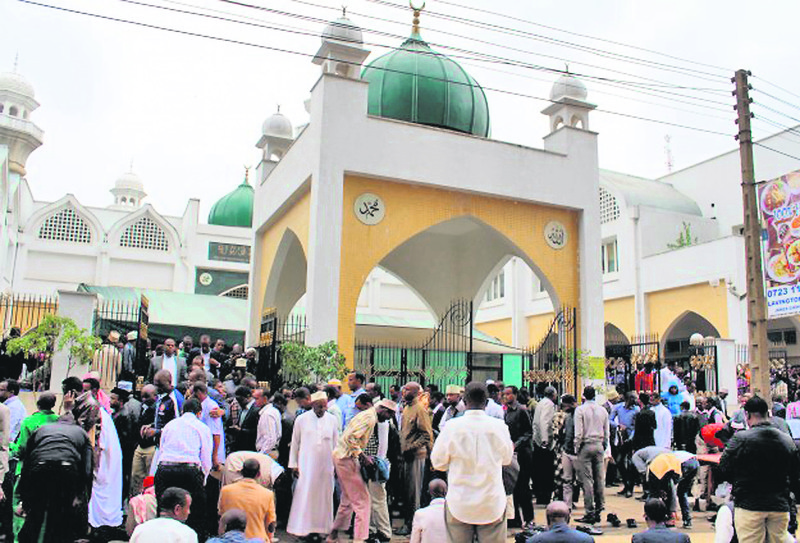 For the past two Fridays, since the Islamic fasting month of Ramadan began some 12 days ago, thousands of Muslims have filled Jamia Masjid, Kenya's largest mosque, located in the capital Nairobi's central business district.

All major roads leading to the mosque have been closed in an effort to accommodate the swelling number of worshipers.

Jamia Mosque is an important center for Muslims in Nairobi, providing them with a place where they can perform their five daily prayers. It is also a vital location for Muslims from all over East Africa, as it frequently hosts major Islamic events. 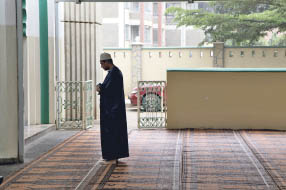 In one section of the mosque, a handful of Muslim businessmen can be seen unloading food and clothing, which they hope to distribute to their less fortunate counterparts during the holy month. "I must help my Muslim brothers and sisters, or that child who doesn't have any means of getting food during Ramadan," 41-year-old entrepreneur Swaleh Mwangeka told Anadolu Agency (AA), throwing a bundle of grain over his shoulder. Mwangeka was unloading his pick-up truck, which was loaded with cooking oil, flour and other foodstuffs intended for distribution to the poor. "I must show generosity as God has shown to me," Mwangeka said, adding: "This is how I show gratitude for the blessings I have received. I don't want to imagine less fortunate Muslims going without iftar [evening fast-breaking meal] or sahur [pre-fasting meal] this month, when Muslims abstain from food and drink during daylight hours. I save up every year just for this. We're welcoming the holy month by feeding and clothing the less fortunate during this time of intense prayer and fasting."

While thousands of Kenyan Muslims are fasting from dawn until dusk, this has not stopped food prices from skyrocketing due to the country's poor economy.

Kenyan President Uhuru Kenyatta recently ordered security agencies in the country's northeast to lift curfews - which had earlier been imposed in the cities of Garissa, Lamu, Wajir and Mandera, ostensibly due to insecurity - to allow Muslims in these cities to observe Ramadan. The president also declared that security measures had been stepped up to ensure that Muslims were able to fulfill their religious obligations without hindrance. 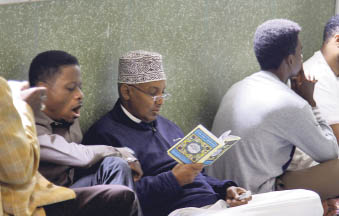 "I have instructed the cabinet secretary and his team to enhance security throughout the country during this holy month," Kenyatta said. "I have asked him to make all necessary arrangements to ensure that our Muslim brothers and sisters fulfill their religious obligations without impediment," he added. Sheikh Hamisi Mungai, chairman of Kenya's Council of Imams and Muslim Preachers, lauded the government for lifting curfews in predominantly-Muslim areas. "The Muslim community is grateful that the government has decided to remove the curfews, as they would have disrupted our Ramadan schedule," Mungai, speaking at the Jamia Mosque, said.

Sheikh Mohdar Khitamy, chairman of Kenya's Supreme Council of Muslims in Mombasa, for his part, told AA that he had come all the way from the Kenyan coast to preach at Nairobi's largest mosque.

"We will pray, fast and recite the holy Quran throughout the month, as we seek forgiveness and guidance from God," Khitamy said.

He, too, expressed thanks to the government for lifting curfews in Muslim areas "to allow us to conduct our religious activities." He went on to urge police to provide security for Muslims during Ramadan, asking them "not to arrest those participating in nighttime prayers."

Halima Mohamed, a mother of two, told AA that she could now focus on her prayers without having to worry about finding food and shelter. "I have no job or means of getting food," she said. "It took me two hours to walk from the Kibera slums to the mosque today, but - thanks to my Muslim brothers and sisters - I now have something to eat."

Muslims account for roughly 11 percent of Kenya's total population of 4.3 million. Most of them live along the Kenyan coast and in the country's northeastern region.
Last Update: Jul 02, 2015 9:35 am
RELATED TOPICS