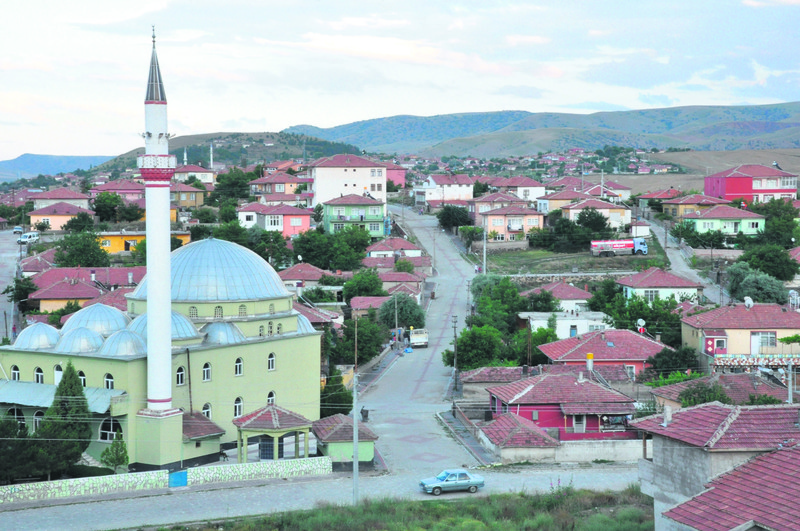 by Anadolu Agency Jul 03, 2015 12:00 am
The residents of the Fevzi Çakmak neighborhood in the Çiçekdağı district of the central province of Kırşehir, which is close to Yozgat's Yerköy district, cannot differentiate between which district the voice of the call to prayer belongs to during Ramadan. The situation causes the villagers to worry, as breaking the fast before the evening adhan results in them ruining their fasting. Fevzi Çakmak residents hesitate as they break their fast because the iftar time in Yerköy is sometimes one minute earlier.

Mehmet Doğan, who has been living in Fevzi Çakmak for 40 years, told Anadolu Agency (AA) that only a road separates the two districts and his house is situated where the two districts cross. He also said that the call to prayer of the Gültepe Mosque in Yerköy and the Ahi Mosque in Çiçekdağı, which are only 300 meters away from each other, are sometimes recited at different times. Doğan said, "After the people in the village began to migrate, the two neighborhoods started to merge with each other. When we call our neighbors and relatives in Yerköy, we have to dial the area code even though it is so close to us. We also hesitate on the call to prayer times. When the call to prayer is recited in Yerköy, the residents of Çiçekdağı break their fast as they think that the call to prayer was already recited. The call to prayer is recited in Yerköy next to us but we break our fast according to the iftar (the fast-breaking meal) time on the border of Çiçekdağı."