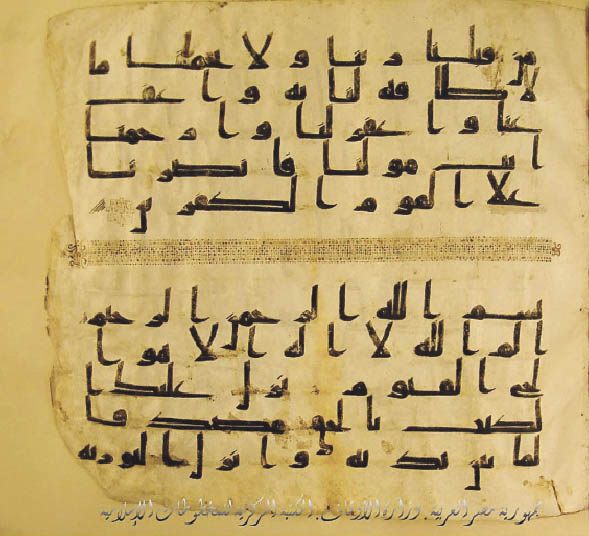 by Zeynep Esra İstanbullu Jul 13, 2015 12:00 am
The Research Center for Islamic History, Art and Culture (IRCICA) published copies of old Qurans dating back to the first century of the Hijri calendar. Taken from prestigious libraries and museums, the IRCICA painstakingly gathered the copies and both printed them as well as transferred to the digital platform. As a first of its kind, IRCICA General Director Halit Eren gave details about the project and the compilation process of the copies.

Daily Sabah: The IRCICA marked its name in a project that is a first in the world. How long did it take to realize it?

Halit Eren: The IRCICA began gathering and publishing copies of the Quran in 2005. From its research to the publishing stage, a committee including Tayyar Altıkulaç, the former president of the Presidency of Religious Affairs (DİB), and I, monitored the project. Tayyar read all copies, which are written without vowel marks and in the calligraphic Hijazi and Kufic styles. The copies were compared with other available copies of the Quran and were re-written. Tayyar took a big role in all these stages and showed great patience. Indeed, Tayyar conducted the most tiring and effortful part of the project. I believe he accomplished a difficult task, which can be done by very few people around the world.

DS: How did you access the oldest copies of the Quran?

HE: I can count the number of the copies of Quran in existence dating back to the first century of the Hijri calendar on two hands. We started by re-publishing the copy that is the closest one to us: The Quran stored at the Topkapı Palace Museum that was given to Uthman, a companion of Prophet Muhammad. It was published after its academic edition was compared with the other copies of the Quran. The Quran was published upon the consent of the Culture and Tourism Ministry, yet we could not conduct radiocarbon dating on it.

DS: Which copies of the Quran were hard to find? Are there any other copies that have not yet been published?

HE: It required great effort to bring them from abroad as they are highly precious. The most difficult one was a large copy of the Quran of Al Mashhad al Husain that was later brought to the Manuscript Library of the Ministry of Foundations in Cairo. Following negotiations with the then Minister of Foundations, the IRCICA provided the copy with 2,200 pages. We conducted thorough research on it. Later, we were able take another copy of the Quran given to Ali, the cousin and son-in-law of Muhammad. It was brought from Sanaa, Yemen. We contacted Yemen's former president, Abdullah Salihi, to help find it. There are also copies brought from other countries that are currently under publication. Some of them were brought from Paris, London and Tubingen, Germany, and we are currently working on them.

DS: What is the significance of these copies of the Quran?