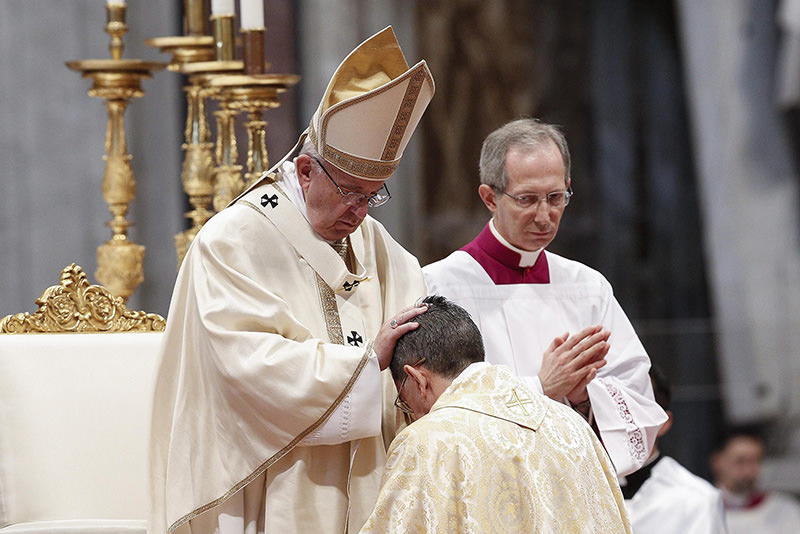 After his success on Twitter - with more than 25 million followers in nine different languages - Pope Francis joined Instagram on Saturday.

The 79-year-old pontiff is using the photo-sharing app under the name @Franciscus, Latin for Francis, the Vatican said in a statement.

"I am beginning a new journey, on Instagram, to walk with you along the path of mercy and the tenderness of God," Francis said Saturday on Twitter @Pontifex.

The first photograph uploaded on Instagram was of Francis praying, the image accompanied by the words "pray for me," in nine languages. 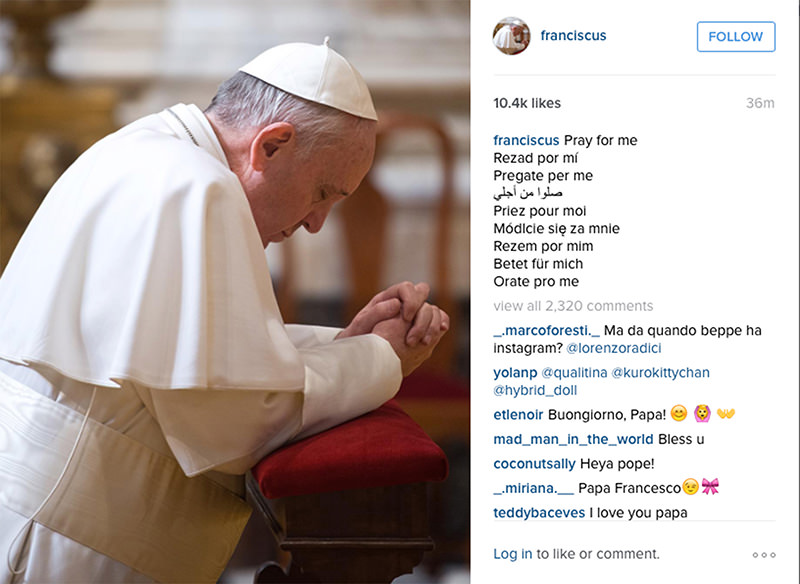 Within an hour after that first image was posted, the account had 140,000 followers.

"Instagram will help recount the papacy through images, to enable all those who wish to accompany and know more about Pope Francis' pontificate to encounter his gestures of tenderness and mercy," the Vatican said in a statement on Friday.

Saturday marks the Feast of St Joseph, it said, adding that the Instagram account was being inaugurated during the Year of Mercy.