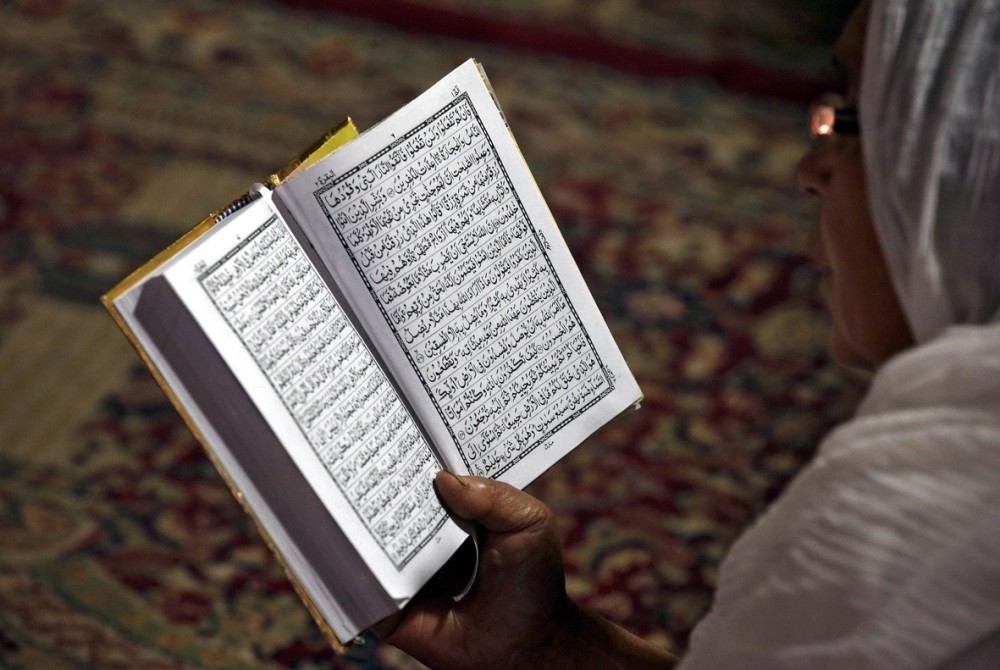 by Anadolu Agency Jun 08, 2016 12:00 am
The sun had already sunk below the blood red horizon in Addis Ababa's neighborhood of Semien Mazegaja as Jemal Ahmed and his wife Kebedech Aliyu prepared for the Muslim holy month of Ramadan.

Sitting in their neat one-bedroom home with their 1-year-old twins Ismail and Isaac sleeping nearby, Jemal, a Muslim, and his Orthodox Christian wife Kebedech explained how their different faiths did not prevent them from honoring each other's religions.

"Thank God, we lead a happy and cheerful marriage," Jemal, 31, told Anadolu Agency (AA). "We are faithful to our beliefs and a marriage that made us one." Speaking in a soft voice, Jemal explained how he and Kebedech, 29, would fast and pray together during Ramadan. "I also accompany her to every religious event and Lent," he added.

Their cross-religious marriage is reflected in their children's names," Jemal said. "Ismail and Isaac are Christian and Muslim names so the kids will appeal to both religions and be what they would be," he said.

"They are already Muslims, according to the teachings of Islam and our agreement." Turning to his wife, he asked: "Is it not?"

"Hum," she mumbled and burst into merry laughter.

"This is a tradition in Ethiopia," she said. "They practice a religion that has accepted me wholeheartedly." In Ethiopia, which is home to one of the world's oldest Christian communities, Sunni Muslims make up around 34 percent of the estimated population of 97 million.

According to Islamic scholar Ahmed Abdurrahman, Ramadan in Ethiopia has always been marked by interaction between Muslims and Christians.

"Here there is no segregation," he said. "No Christian-only or Muslim-only neighborhoods. We have lived as one single indispensably linked community ever since Islam arrived in Ethiopia.Since then our Christian fellowmen have joined us during iftar [the evening fast-breaking meal] and night-long prayers. We are also together with them in their Lent season and have a good time with them during holidays."

Throughout Ramadan, Christian employers give Muslim women unconditional leave in an arrangement that has widespread support in the community. "There are no written rules in this regard but a sense of goodwill supported by every member of the organization," Abdurrahman told AA.

"This is uniquely Ethiopian and during Ramadan we say our prayers on our knees to Allah to help us live in our tradition of love, respect and tolerance."

As Ramadan arrived on Monday, the chaotic central market of Merkato bustled with activity and music shops blaring out Islamic songs.

"On the first day, we will be busy, calling people whom we have upset and disappointed to apologize," Jewad Hilal, 35, the owner of an electronic maintenance shop said. "We forget and forgive each other."

Fitche Worku, a 70-year-old mother-of-five, said the first day of Ramadan would see elder members of the community help the young people gain forgiveness. "We do these negotiations for people who are near and far, at times over the telephone," she said.

In the nearby fruit and vegetable market, the traders are stocked up for people buying foods for iftars. "So far the market seems pretty stable and affordable," trader Abay Ayalew said.

However, prices could soon shoot up in response to demand as customers flock to buy all manner of produce, but especially dates, traditionally used to break the daily fast. For Jemal, who has a family in the U.S. and Europe, the month should bring an unexpected bonus in the form of foreign currency from his overseas relatives. "This is what they usually do," he said.
RELATED TOPICS