Muslims across Turkey flocked to mosques to observe Laylat al-Qadr, the night of Power 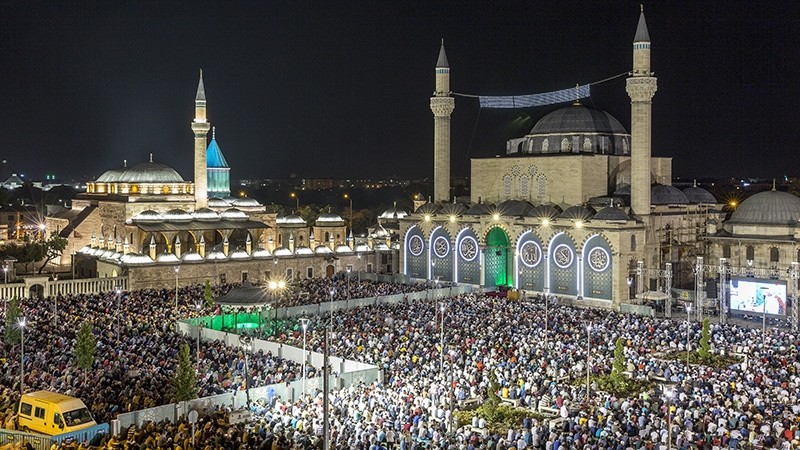 Muslims across Turkey flocked to mosques Friday to mark Laylat al-Qadr, or the night of Power -- the night in which the first verses of the Holy Quran were revealed to Prophet Muhammad.

Muslims consider the 27th night of Ramadan to be the holiest night of the year and the faithful are encouraged to spend the time in prayer and devotion to God until dawn. The Quran says the night is better than 1,000 months, equivalent to more than 83 years.

In Istanbul, major mosques such as Sultanahmet, Eyüp Sultan, Fatih, and Süleymaniye were full to capacity with worshippers, including women and children. During the night most Muslims recited the Quran, performed extra prayers and made supplications as the nighttime is believed to the best time to make invocations to God.

In capital Ankara, Hacı Bayram Veli Mosque was also packed with adherents to the faith.

Some spent the time visiting various locations in Turkey that house clippings of Prophet Muhammad's beard.

Muslims in the southeast province of Diyarbakır crowded into the Grand Mosque, the fifth holiest site in Islam, while the province of Urfa, known as the city of prophets, also facilitated praying Muslims throughout the night.