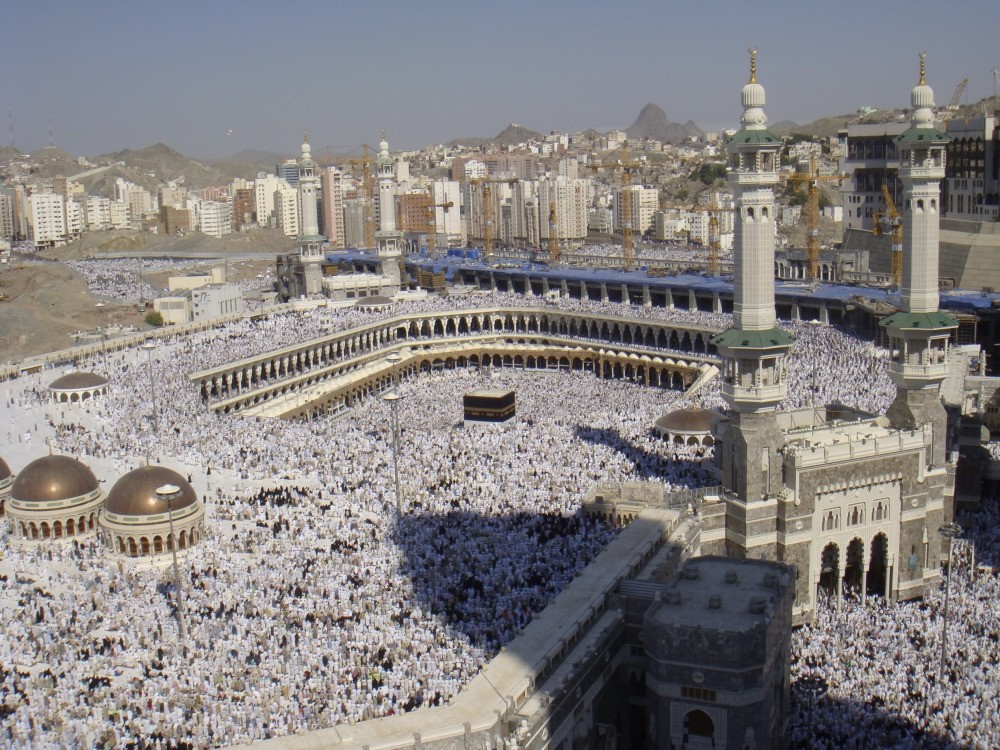 The Netherlands-based Sufi Road Foundation has embarked on a project to mark the road of the hajj in Saudi Arabia's Mecca and Medina, from the Ottoman

The route that was used by pilgrims to reach the holy lands - Mecca and Medina - during the reign of the Ottoman Empire has been marked by the Sufi Road Foundation. The Netherlands-based foundation began marking the route in Istanbul, the capital city of the Ottoman Empire, and now continue their works in Konya's Alaşehir district where the famous folk character Nasreddin Hoca lived. The route will be visited by the Sufi Road Walkers as well as local and international tourists. The aim of the foundation is to reach Mecca, starting from the Ottoman capital. Those who will take the route that follows the foothills of mountains will be able to see the tombs of Islamic religious representatives, intellectuals and statesmen along with the houses of monastic religions, historic and natural beauties.

Speaking to the press, Akşehir Municipality Mayor Salih Akkaya claimed that the Sufi Road will contribute to the tourism of the region as well as the promotion of the city on the international platform. He said the municipality has initiated a tourism project that will include the tomb of Nasreddin Hodja along with the tomb of Nasreddin's mentor Seyyid Mahmut Hayrani and other spiritual leaders who lived in the area as featured sites. "As part of this project, we will mark the Taş Medrese (the Stone School), the tombs of Seyyid Mahmud Hayrani, Nimetullah Nahcivani and of course Nasreddin Hoca, the Church of Akşehir and the parks of Hıdırlık and Monas and the visitors of the Sufi Road will be able to visit all these places at once. As you know, the concept of Sufism and travel go hand in hand with each other. The core of Sufism lies in searching. We aim to guide our visitors through their search in the tombs of our spiritual leaders while offering them the historic and natural beauties of Akşehir in efforts to contribute to the tourism of the region," said Mayor Akkaya.

Salih Akkaya, on the other hand, said that there are roughly 40 cultural trekking roads in Turkey. "The Sufi Road Project will help people to get to know the region and the spiritual leaders that lived in the area," said Akkaya. "The project will also offer people the chance to do sports. Sufism will be recognized by more and more people around the world."

The district of Akşehir is part of the central Anatolian city of Konya and became an important centre in Anatolia during the reign of the Seljuks. Towards the end of the 14th century, the district passed into the Ottoman hands. The town, which is considered the heart of Sufi tradition, is known for its landmarks, such as the tomb of Nasreddin Hodja and the tomb of Seydi Mahmut. Nasreddin Hodja was a Seljuq satirical Sufi, born in Hortu Village in Sivrihisar, Eskişehir Province, present-day Turkey and died in 13th century in Akşehir. He is considered a populist philosopher and wise man, remembered for his funny stories and anecdotes. Nasreddin often appears as a whimsical character of a large Persian, Albanian, Armenian, Azerbaijani, Bengali, Bosnian, Bulgarian, Chinese, Greek, Gujarati, Hindi, Judeo-Spanish, Romanian, Serbian, Russian, and Urdu folk tradition of vignettes.
RELATED TOPICS