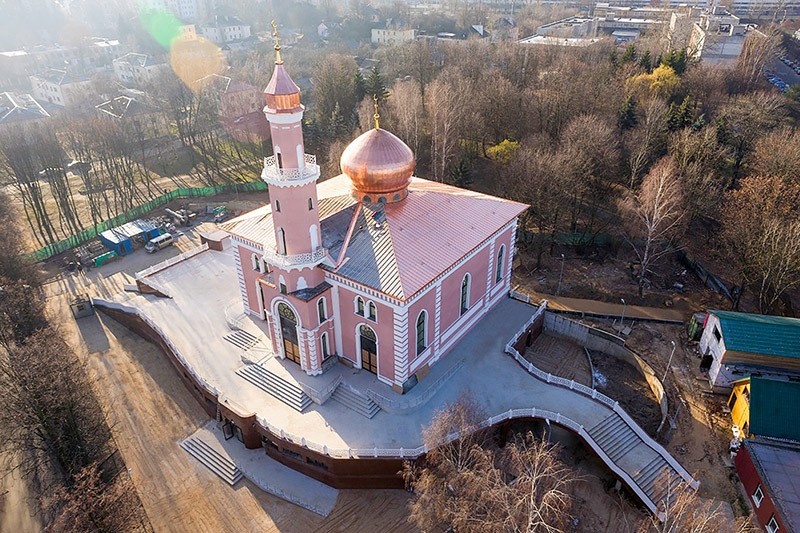 A mosque destroyed in Soviet era Belarus, which has been rebuilt in the capital city of Minsk with the help of the Turkish Presidency of Religious Affairs (Diyanet) will be opened by President Recep Tayyip Erdoğan on November 11, 2016.

Built in 1890 by the Muslim community of Belarus, which is mainly composed of Tatars, the mosque was destroyed 54 years ago by Soviet officials who planned to replace it with a hotel. The rebuilding of the mosque was undertaken in 2014 and completed recently in line with its original Tatar architectural design and traits.

The topping-out ceremony of the mosque is scheduled to take place on November 11, with the participation of Erdoğan, his Belarusian counterpart Alexander Lukashenko, ministers and officials from both Belarus and Turkey, as well as religious representatives from Eurasian countries.

The mosque will be able to accommodate up to 2,500 people for prayer. The altar, pulpit and carpet will bear Turkish Ottoman features in addition to its original architectural design, while the entrance floor of the mosque will include a conference room, a computer room and an exhibition hall.

Belarus is home to several thousand Muslims. Islam has a long history in the eastern European country; Tatars introduced Islam to Belarus as early as the 14th century. Ever since, Islam carved its own place in the history of the country and the region.

Diyanet as well as the Turkish Cooperation and Coordination Agency (TİKA) have been working for several years in the restoration of mosques and other historical monuments throughout the world, including the Middle East and the Balkans.