Şeb-i Arus: the night Rumi united with the Beloved 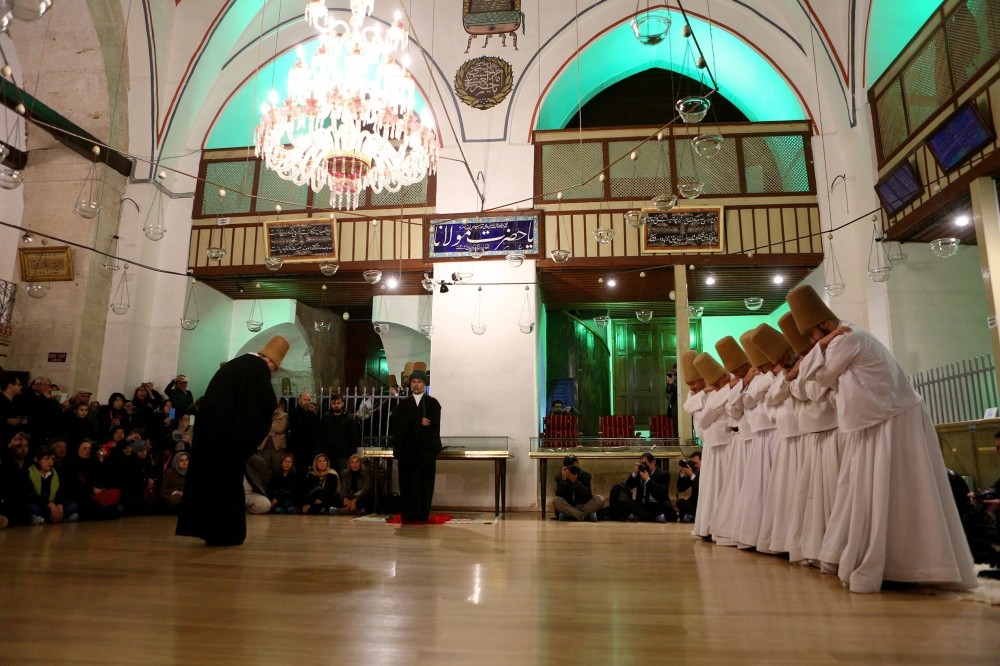 The annual ceremonies on the anniversary of Mevlana Celaleddin Rumi's death, who was an Islamic scholar who addressed humanity with his unique philosophy of love, is being held in Konya province until Dec. 17 through various activities

The philosopher and Islamic scholar who continues inspire people around the world with his teachings, Mevlana Celaleddin Rumi, will be commemorated on the 743rd anniversary of his death with an annual ceremony organized from Dec. 7-17 in his native city of Konya.

The ceremony, organized by the Ultimate Union of International Commemoration Ceremonies on the anniversary of Rumi's death every year, will host thousands of pilgrims in the central Anatolian city of Konya. The 743rd anniversary commemoration began yesterday under the theme, "It is time to unite," starting with the "Love and Solidarity Walk" and the "Kandil Uyandırma Merasimi" (Candle Waking Ceremony) which involves the placing of the Meracel Bahreyn lamp at the exact location of Rumi and Shams Tabrizi's first meeting. Organizational members lit candles at the location and a Sema ritual was performed by the Rumi Dervish Lodge. 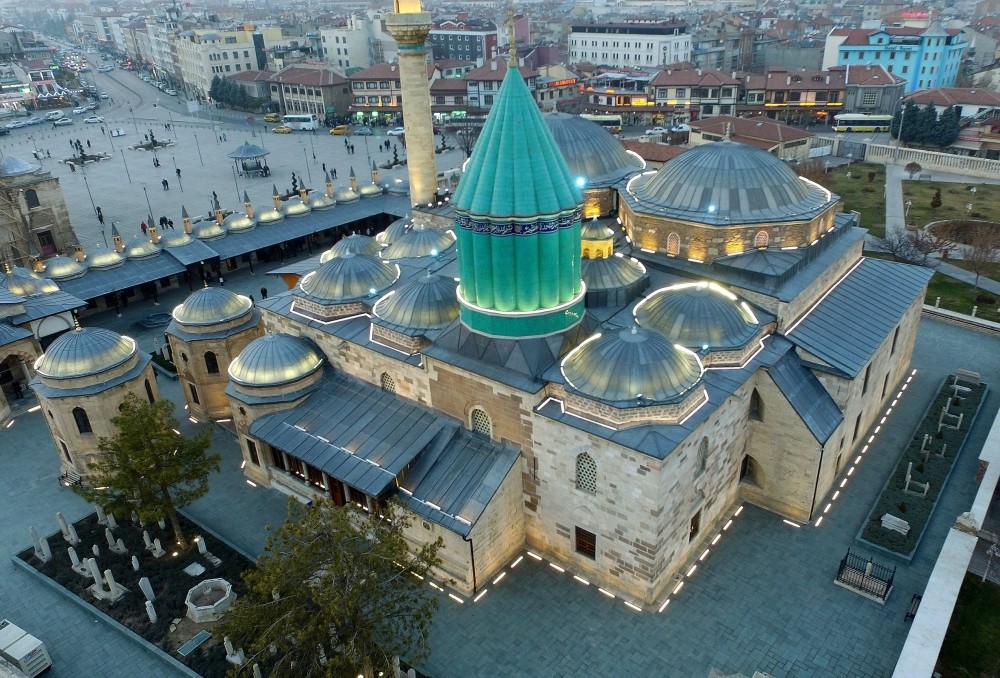 The exhibition's opening on Dec. 6 also included an exhibition titled, "Drops from 'Mathnawi' in Three Languages," and an award ceremony following the inauguration for the winners of the 5th International Konya World Beliefs photography competition.

Throughout the commemoration this week, the Rumi Cultural Center will host a total of 25 exhibitions until Dec. 17, inspired by various artists and institutions. In addition, conferences, international symposiums, panel sessions and workshops on Rumi's masterpiece "Mathnawi" will be offered in both English and Turkish. Actors and actresses will perform stage plays and poem recitations as well throughout the week.

For the first time this year, a Sema ritual will be performed by a special group of mentally challenged individuals who will perform on Dec. 7 at the Rumi Cultural Center. On Dec.14, a panel session titled, "Rumi and Konya from the Perspective of Syrians," will be held for the first time as well. Turkish-Sufi music concerts as well as Sema rituals will be performed daily at 8:00 p.m. in the evening. Concerts will be conducted by Ahmet Özhan and performed by the members of Istanbul's most historic Turkish music ensemble, the Culture and Tourism Ministry's General Directorate of Fine Arts Istanbul.

Speaking about the ceremony, Konya's Culture and Tourism Director Abdüssettar Yarar assured guests that there are rich opportunities offered at the event this year, confirming that there will be 15 conferences, nine stage plays and two international symposiums held. The culture and tourism director said that "This year's commemoration ceremonies include 105 different events and 25 exhibitions to be held around the city of Konya. This year's event will be advertised at Turkey's largest international airports in Ankara and Istanbul, as well. A total of 16 Sema rituals will be performed by dervish lodges as well as children and adults with mental handicaps.

Turkey's Posts, Telegraph and Telephone (PTT) organizes stamp exhibition in Konya every year as a part of the commemoration of Rumi's anniversary of death. This year, the 743rd anniversary of Rumi's Ultimate Union Stamp Exhibition will take place from Dec. 7-17 at the Rumi Cultural Center in Konya. As part of the events, visitors who come to the event on Dec. 17 during office hours will have the chance to purchase a special stamp issued exclusively for the 743rd commemoration of Rumi's death.Envelopes featuring the exclusive stamp will also be for sale online at www.filateli.gov.tr where they are sold for TL 2. Turkey's largest mail carrier PTT will also have greeting cards made exclusively for the anniversary. Seven different greeting cards featuring the famously quoted teachings of Rumi will be available at PTT counters free of charge.