Rastafarians build a utopia away from the white men 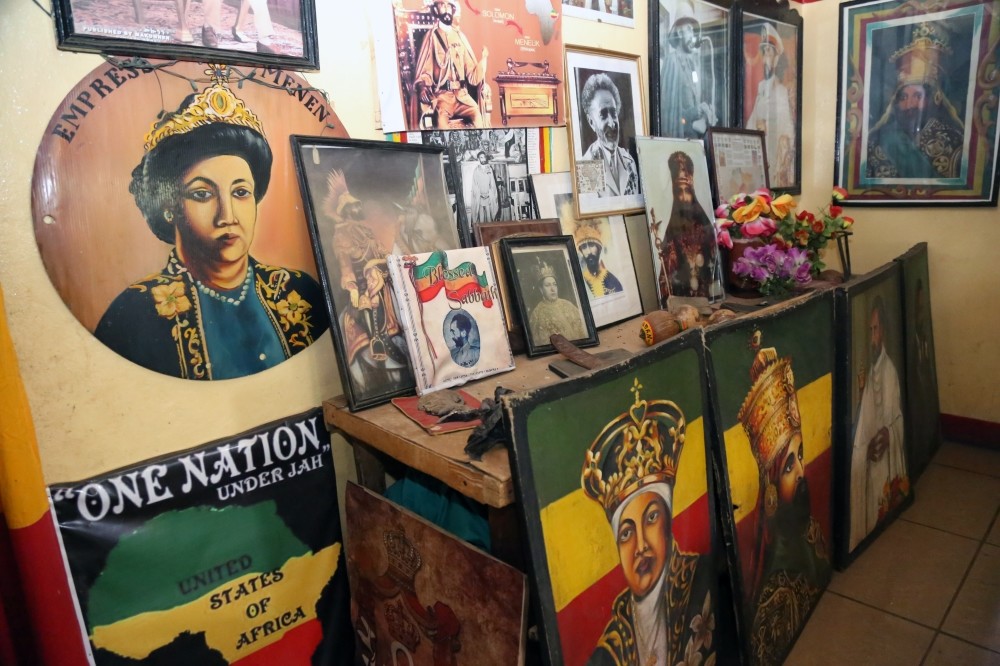 Born in Jamaica, Rastafarianism has established a utopia in Ethiopia, the promised land of this religious system, in an effort to escape from ‘Babylon,' namely the land of the white

Famous for their hair and music all over the world, Rastafarians enjoy their own "utopia" far, far away from their homeland. Jamaican Rastafarians who decided to follow their religious teachings settled in the town of Sasamenya, which is 255 kilometers from the Ethiopian capital of Addis Ababa, many years ago. They believe that they are living in "promised lands" and are very proud to be able to escape from "Babylon."

The followers of the Rastafari belief consider Jamaican activist Marcus Garvey, who argued that black people should return to Africa as their prophet, and the Ethiopian Emperor Haile Selassie as their messiah. Today, there are over a million Rastafarians all over the world. What makes them migrate to Ethiopia is their desire to escape from the lands of "white men" who only see them as slaves or "Babylon" where colonial order rules. While Ethiopia represents their "promised lands" in their belief system, the Rastafarians believe that the messiah will be resurrected and build a heaven on Earth, which will be in Africa.

Rastafarians, who are influenced by Judaism and Christianity, do not eat meat, use alcohol or smoke cigarettes; however, they are devoted to marijuana, which they call "ganja." The town of Sasamenya was founded by Emperor Selassie in 1948 for those who wanted to return to Africa. The town covers a nearly 2,000-acre area. 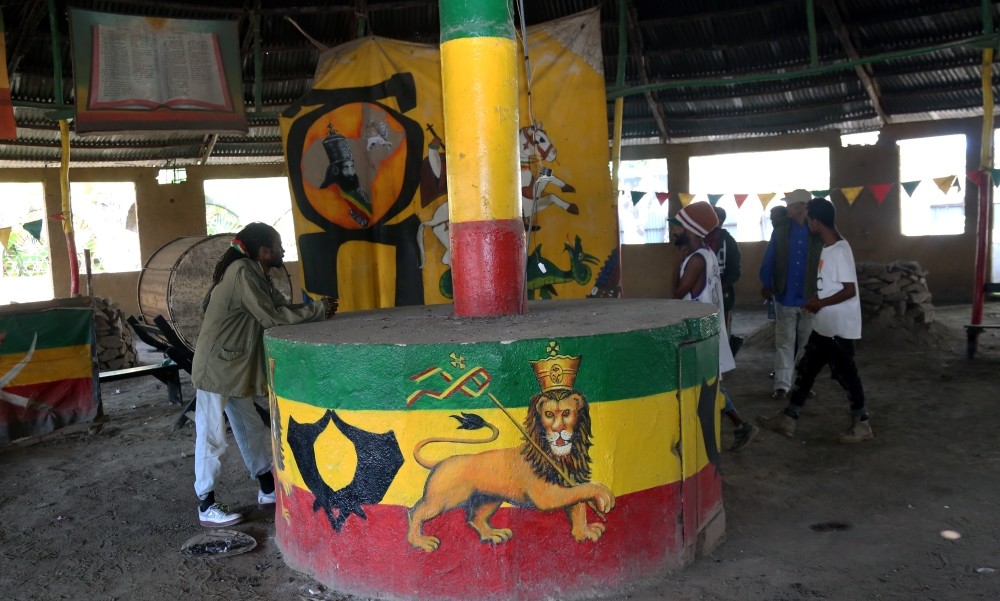 Ras Binge, 68, the Jamaican priest of the Rastafari Church in Sasamenya, welcomes the Rastafarians under the yellow, green and red flag of Rastafari to the church whose walls are decorated with paintings and drums. Priest Binge explained why they came to Ethiopia by saying: "We followed the light of Marcus Garvey's teachings and Jah (God). We are freed from terrible Babylon and gained our independence." As he was rolling his ganja, Binge claimed that they are living in the promised lands and going to the church of their messiah Haile Selassie.

Jamaican Rastafarian Julian Whitelay Ras lived in New York for 46 years, and in 2000 he left everything he had and settled down in Sasamenya. Ras believes that Rastafarianism is a global movement of black people who were enslaved and persecuted by white men. "The escape from Babylon can only be completed when all black people return to Africa. This is Ethiopia, the promised lands."

The elderly Rastafarian continued to listen to his reggae music and roll his ganja between his fingers as we moved on with our interview. "The salvation for us is on Earth," said Whitelay. When we asked why he smokes ganja, he answered: "We use ganja to reach a higher spiritual level as well as to the climax of wisdom and mercy."

However, the number of Rastafarians living in Sasamenya, which was founded 70 years ago, declines day by day. Haile Eyusu Belay who works in the town's radio also stressed the fact that the town's population has been declining for the last 20 years. "Several migrants sold their lands to the locals, while some decided to live outside this town," said Belay, adding there are 200 Rastafarian families currently living in Sasamenya.

However, the Rastafarians who do not want to return to "Babylon" hope to get citizenship from the Ethiopian government. 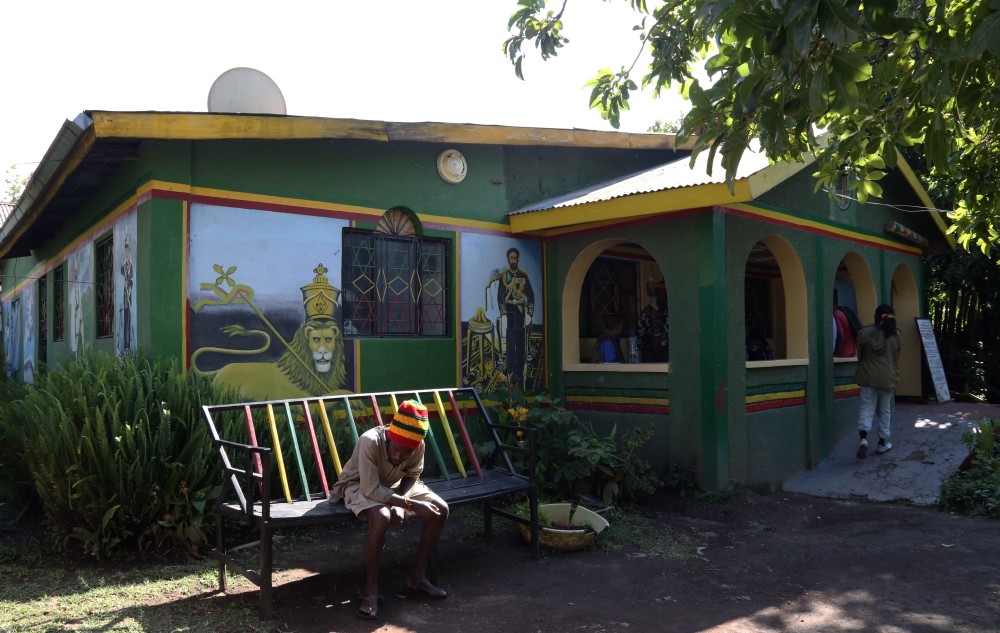 Emperor Selassie, whom Rastafarians consider as their messiah, was forced to abdicate in 1974 after a military coup orchestrated by the Derg Regime whose leader was Commander Mengistu Haile Meriam. According to court documents, Emperor Selassie was choked to death by Mengistu's guards in 1975.

The Rastafarians, who believe that Selassie is immortal, consider the emperor's survival of numerous assassination attempts as signs of his immortality. Musician Bob Marley, who was a devoted Rastafarian, continues to be one of their most important symbols and a source of pride for the Rastafarians.

Wherever you go in Sasamenya, - whether in public transportation or restaurants - it is possible to see Marley posters and hear reggae. The interest in Marley and reggae is at its highest level throughout Ethiopia. There is a giant sculpture of Marley on an avenue in the capital city. Marley, who suffered from skin cancer, did not allow doctors to amputate his foot where the cancerous cells were located. Due to his beliefs, Marley believed that he had to be buried in one piece and passed away at the age of 36. He uttered his last words to his son Ziggy and said, "Money cannot but life."

Today, there are over a million Rastafarians all over the world. What makes them migrate to Ethiopia is their desire to escape from the lands of "white men" who only see them as slaves or the "Babylon" where colonial order rules. Ethiopia represents the "promised lands" in their belief system, the Rastafarians believe that the messiah will be resurrected and build a heaven on Earth, which will be in Africa.
RELATED TOPICS