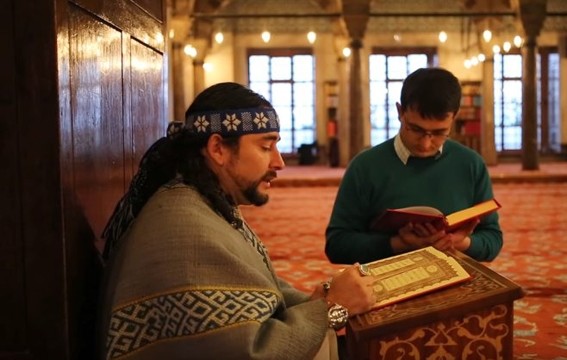 Members of the Mapuche tribe in Argentina, a couple who followed Shaman traditions for a long time and then became interested in Christianity through missionaries, have finally chose Islam, where they claim to have found answers to theirlong-standing questions

Rehue Calquin and Sofia Gonzalez belong to the indigenous Mapuche tribe of Argentina and have followed the traditions of Shamanism most of their lives. The couple was introduced to the Bible through Christian missionaries and accepted Christianity only later to find the answers to their questions in the Quran, which lead them to convert to Islam.

The Mapuche Tribe has almost 450,000 members spread throughout the world, and Shamanism is a strong and common belief among the members of the tribe. Calquin and Gonzalez accepted Christianity as their spiritual guide after reading the Bible, yet they soon discovered that there were some questions that the Bible could not answer for them. Once they picked up the Quran and read it, the couple found the answers to their questions and converted into Islam in 2011.

Calquin said Islam has rules based on the principle of reciprocation. "My previous faith was the faith of the place where I live and of the society that I am a part of," said Calquin. "We follow the teachings of Saint Cesteros, which are based on respecting nature, humans and every living creature, especially God. Our former belief suggested that there is only one God. There are no words, paintings or sculptures that can describe God. God is the owner of all the things he has created. This belief has been followed all over the world long before Islam." 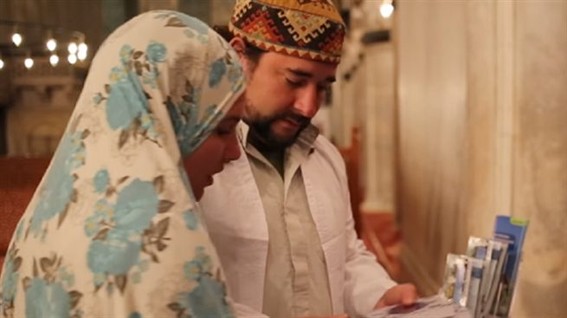 Stressing that they were not strangers to Islam, Calquin said the similarities between their previous belief and Islam played an important role for them in converting and becoming Muslims. Calquin's 7-year-old daughter is also Muslim, and he explained that he is purposefully raising her to follow Islam. "Islam allows people to make their choices freely. The path of Islam is the path for freedom," Calquin added.

He noted that his tribe has been fighting for centuries to regain their equality. "They are fighting to protect values that are very similar to those in Islam. I believe that all ancient cultures are a part of Islam. Islam is a big and welcoming religion that can contain them all. My people are fighting to get their rights, values and land back."

Calquin's quest for the truth led him to Islam. The quest for brotherhood, friendship and solidarity, which Calquin claims other religions lack, is what makes Islam so appealing to them.

Explaining that he talks about Islam and tells people about the wonders of Islam everywhere he goes, Calquin said their trip to Turkey helped them relax spirituality. "We believe that we will learn more about Islam in Turkey, and we will share what we learn about Islamic culture with our society," Calquin said.

Likewise, Sofia Gonzalez said her daughter needs a path to follow. "My daughter needed to know about God and the teachings of God and Muhammad, the prophet of Islam. So I taught her what to do in prayer times," Gonzalez said.

Gonzalez wears a hijab and at first people asked her why she dressed that way. "They thought that I was forced to wear a hijab. Then I told them the reason behind it. In time, they respected my choice and accepted me for who I am."

Commenting on their short Istanbul visit, Gonzalez said: "Istanbul is a magnificent city. It is like the center of the world. Istanbul is a city that is home to many cultures, history and attractions. Our religious wedding ceremony took place in Istanbul. We would love to come back one day."
RELATED TOPICS