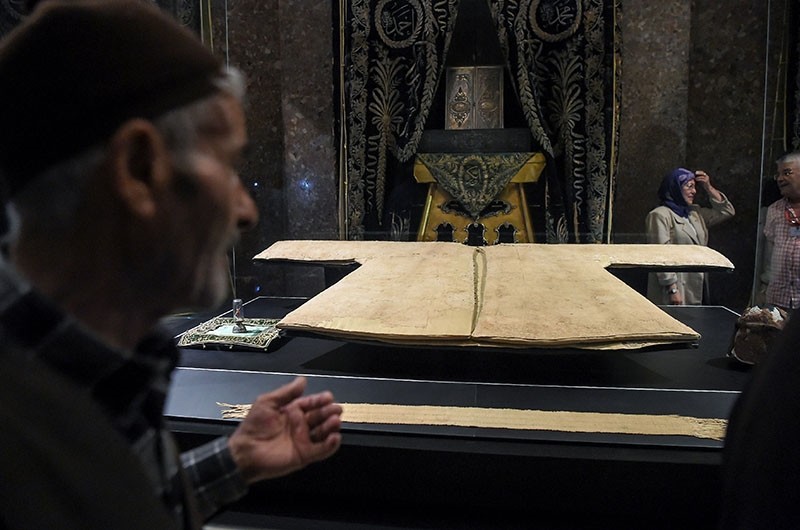 A long queue of men and women standing in separate lines extends from an Istanbul mosque to see a centuries-old garment pressed down flat inside a glass exhibition case: the Prophet Mohammed's sacred cloak made of linen, cotton and silk.

The Hırka-ı Şerif (the Holy Cloak) was brought to Istanbul in the seventeenth century, at a time when the Ottoman Empire controlled much of the Islamic world deep into today's Saudi Arabia.

Every year, during the holy Muslim fasting month of Ramadan, the cloak is put on special display at the Hırka-ı Şerif mosque in Istanbul, attracting hundreds of thousands of visitors.

"I was here last year. God willing, I will be here next year as long as I am alive," 78-year-old Nimet Şahin said, as caretakers warned visitors that selfies were not appropriate.

Neziha Polat, 76, said she felt as if she was in Mecca, the holy Islamic city to which all Muslims are required to make a pilgrimage in their lifetimes.

"I come here every year and have the same feeling. Let God not diminish this feeling in our heart," she said in tears. 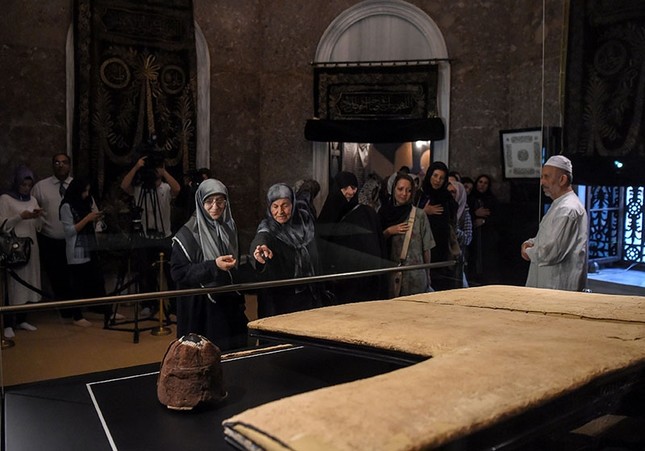 From Yemen to Istanbul

The garment had been entrusted to Uwais Al-Qarni, who went in the seventh century to Medina to see Prophet Mohammed but had to return to Yemen due to his mother's illness without seeing the prophet.

Impressed by the story, Mohammed gave his cloak via companions to Al-Qarni as a present and he received the garment in Yemen.

Al-Qarni had no children and the relic was then preserved by his relatives, Istanbul mufti Hasan Kamil Yilmaz said.

In 1611 Ottoman Sultan Ahmed I brought the holy cloak to Istanbul from Kuşadası in western Turkey where al-Qarni's relatives had preserved it.

"Since then Hırka-ı Şerif has been in Istanbul," Yılmaz told AFP.

And in 1851, Sultan Abdul Majid built the Hırka-ı Şerif mosque in the Fatih district with the goal of preserving and exhibiting the cloak.

"There are two keys to the cloak -- one held by the foundation and the other by the family," he said.

The sacred garment has passed on from one generation to another and its current head keeper is Barış Samir -- the 59th generation grandson of the al-Qarni who was first given the garment.

"It's a very honorable duty. We are very happy to perform it, and have such a responsibility," Samir told AFP. "It's also a tough job, it is a tough responsibility, morally and financially."

An old man, wearing an Islamic skullcap and waiting his turn in the queue to see the garment, said he was at peace.

"What can be more precious than this in life?" he asked. "I have seen this before I die."

Zehra, 48, said it was a great happiness for the Muslims even to lay eyes on the Prophet's cloak. "I believe that brings us closer to him."

Every year, over one million believers come to see the sacred garment from all over the world.

"People from Siberia to Africa, from America to Far East come and see the Prophet's cloak," Samir said.

"The number of visitors usually exceeds one million. We receive many visitors especially on the Laylat al-Qadr (Night of Destiny marking when the Quran was revealed) because the cloak can be seen till the morning."

Loukman Hakim, 49, a businessman from Malaysia, was among the visitors, along with a group of around 20 Malaysians.

"Of course it makes us closer to Prophet Mohammed," Hakim told AFP outside the mosque after seeing the sacred cloak.

Samir said the cloak's display was a meeting point between the Prophet and the believers. "We are happy to bring them together."