Grand Mosque still standing after hosting 3 religions over a millennium 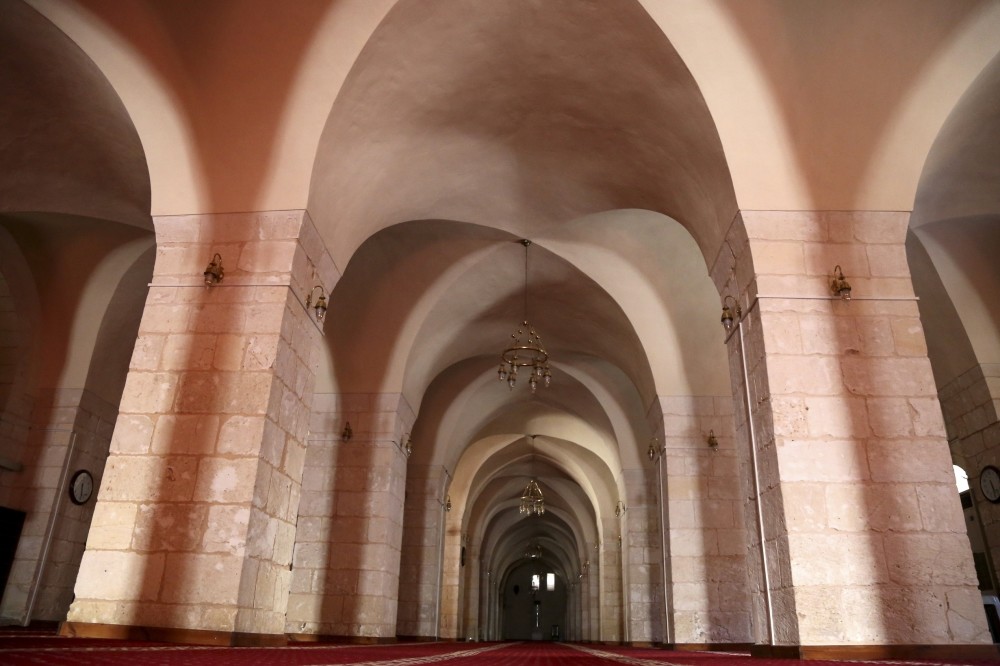 The mosque supposedly underwent four renovations and repairs. It still fascinates visitors and worshippers alike with its grand structure and enchanting architecture.
by Anadolu Agency Jun 16, 2017 12:00 am

One of the oldest religious centers in the area, Şanlıurfa's Grand Mosque has hosted three monotheistic religions over the centuries and still stands now as a tourist attraction

The Grand Mosque in southeastern Turkey's Şanlıurfa, a major center of faith tourism, is still standing tall after hosting all three Abrahamic religions over a millennium and is one of Urfa's major tourist attractions.

It was one of the oldest mosques built in the city center. However, it first served as a synagogue, then a sanctuary and finally was turned into a church by Bishop Rabula in 435.

In history, it was usually referred to as the "Red Church," due to its reddish marble columns, which are very rare in the region. In 1170, it was opened as a mosque by Zengis and was one of the first sanctuaries where salat was performed. Over the years, the mosque supposedly underwent four renovations and repairs. It still fascinates visitors and worshippers alike with its grand structure and enchanting architecture. 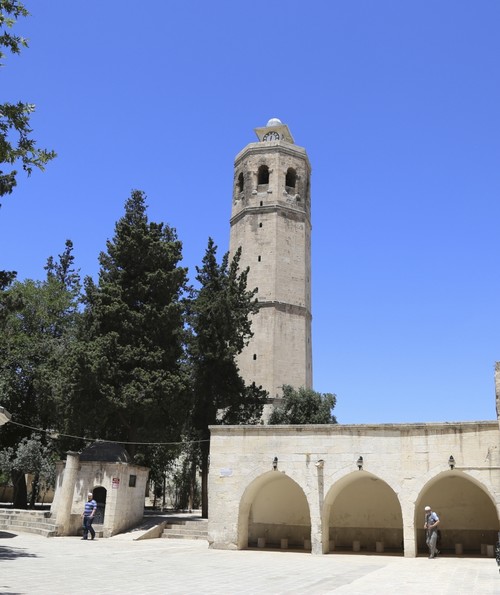 Speaking to Anadolu Agency, the District Mufti İhsan Açık said, unlike thousands of other structures, the Grand Mosque of Şanlıurfa has served as a sanctuary to three different religions over the ages. He noted that regardless of which religion the structure served, it has always been called "red."

Under the commandership of Caliph Umar, the city was conquered by İyaz Bin Ganem, of the Islamic army. One of the many companions of Prophet Muhammad, he performed the first salat in Islam, and eventually came to reside in the city.

The structure is approximately 1,400 years old and according to Açık, whoever enters it, regardless of their religion, is sure to feel the spirituality and holiness of the place.

"Since the time of Prophet Muhammad's companions, it's a place of worship and prayer. Therefore, anyone entering will feel that emotion, that thought, that spirituality as well as the warmth and the tears shed over 1,400 years in prayers," said Açık.

The mosque is built as a rectangular structure on 75 columns and is 166 meters long.

"One of the most distinguishing properties of this mosque is its rectangular, longitudinal structure; which means it was kept like this by elongating it. It also has one of the widest minarets; its width almost equals the length, distinguishing it from other mosques," said Açık.

There is also a so-called healing well inside the mosque, which has a story related to Prophet Isa (Jesus in Christianity). There was a skin condition the local people suffered from and according to the story, it kept on spreading in the city. When the ruler's daughter also caught the illness, he sent a letter to Prophet Isa and asked him to visit the city for healing.

Prophet Isa, however, sadly announced that he would not be able to visit the city but sent a handkerchief, which he used to rub his face with, and asked it to be thrown down the well.

So the handkerchief was thrown down the well and those who drank from it were cured of their condition.

"That's why the locals believe the water of the well has healing properties," said Açık and added that still there are many people who drink from the well to find a cure for their illnesses.