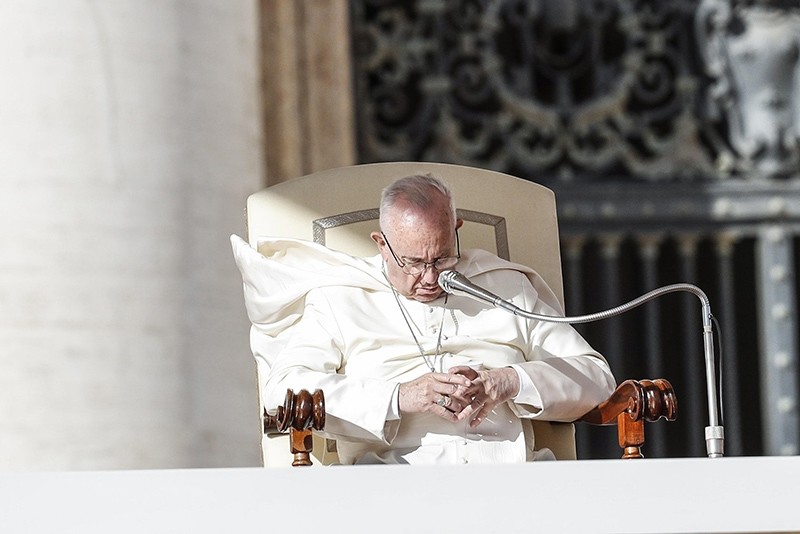 Pope Francis has confessed he sometimes nods off while praying and claims saints too have been known to grab some Holy shut-eye.

"When I pray, sometimes I fall asleep," he said in an episode of a Catholic TV2000 television program published Tuesday on Youtube.

"Saint Therese did it too," he said in reference to a 19th-century French nun, adding that Christians were called to feel like children lying in their fathers' arms — a place conducive to napping, he implies.

The 80-year-old Argentine head of the Roman Catholic Church radiates energy and enthusiasm when he meets people, but his expression turns very grave when he prays, often bowing his head and closing his eyes for long periods.

His fast-paced schedule is only possible because he gets his head down for a snooze after lunch, Vatican sources say.