Rumi commemorated in Turkey on 744th anniversary of Şeb-i Arus 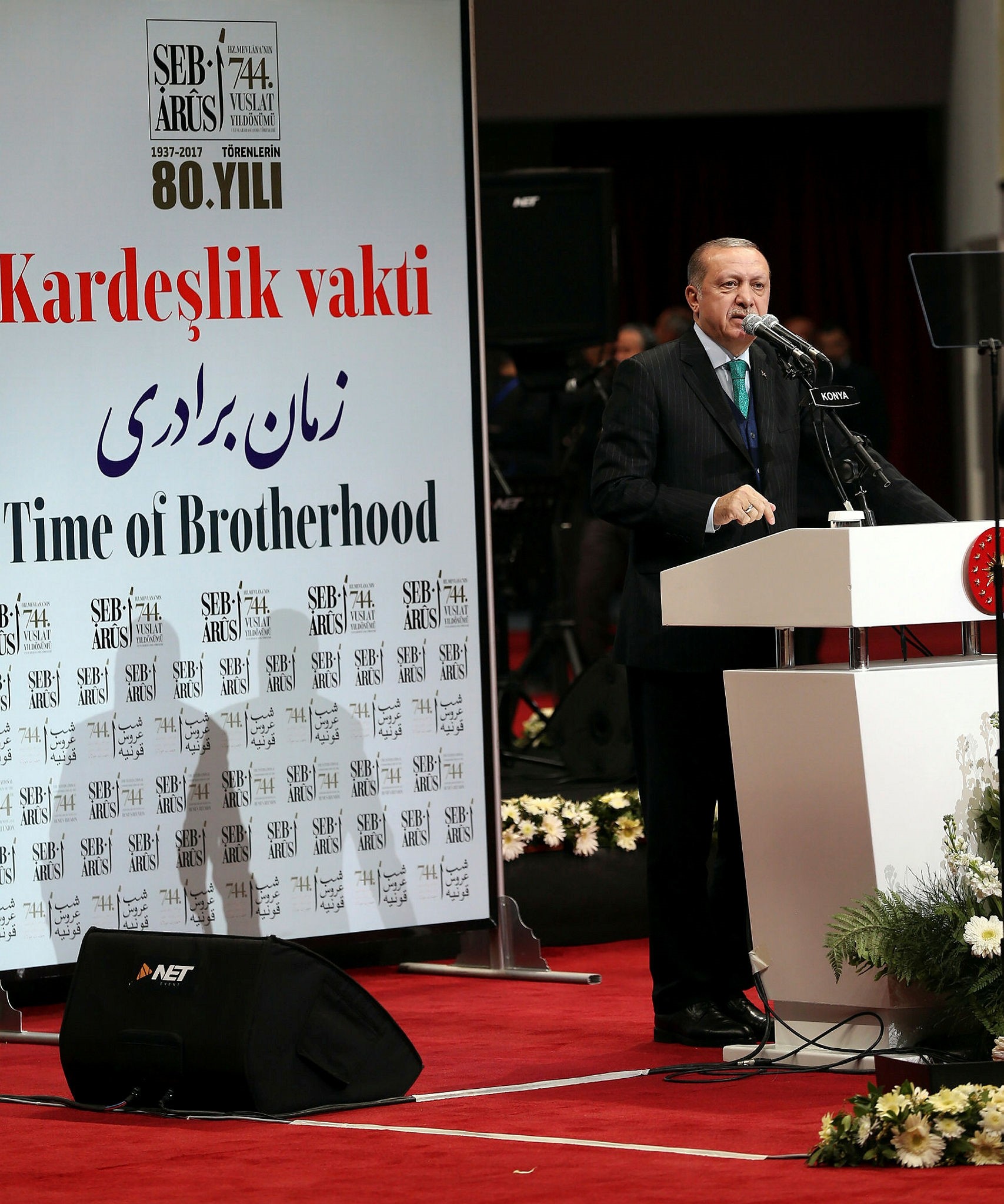 President Erdou011fan delivering a speech during the commemoration (IHA Photo)
by Daily Sabah with AA Dec 17, 2017 12:00 am

At a ceremony held in Turkey's central province Konya, where Rumi is buried, President Recep Tayyip Erdoğan said, "The flames of love that Mevlana ignited are still burning although seven and half centuries have passed."

Rumi is fondly remembered by his followers in Turkey as Mevlana -- which means "scholar."

"Our hearts, which had become barren, sprouted again, thanks to the Masnavi and the wisdom from Mevlana's teachings," Erdoğan added.

Rumi's Masnavi poem, with its more than 50,000 verses, is considered the most influential work in Sufism and has been translated into 25 languages.

He penned the poem on man's predicament in his search for God after losing his friend, the wandering dervish Shams Tabriz.

Speaking about "brotherhood," also a theme for this year's celebration, the President said, "Nobody can bring us to our knees as long as we stay together as brothers."

"Any attempt to spread sectarian, separatist or ethnic disorder will never be effective if we stand firm," he added.

Upon his death in 1273, Rumi's followers founded the Mevlevi Order, also known as the Order of the Whirling Dervishes, famous for the Sufi dance known as the Sama ceremony.

Every year, an international commemoration ceremony marking the anniversary of Rumi's union with Allah, known as "Şeb-i Arus", or the night of union, is held in Konya between Dec. 7-Dec. 17, as a reverence to the Muslim scholar.