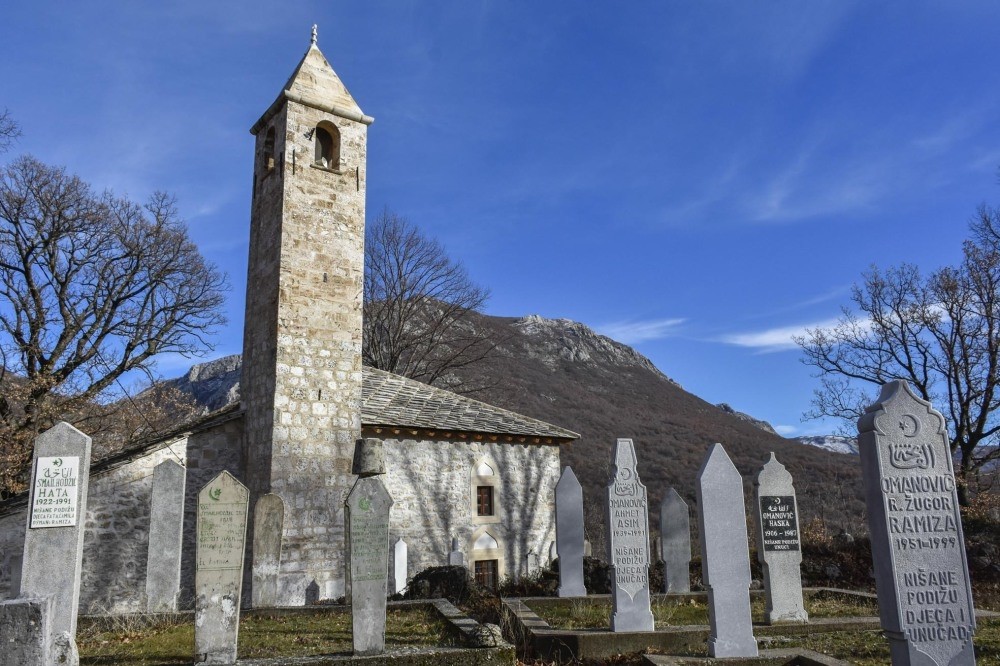 In Dabrica village, near the province of Stolac in Bosnia and Herzegovina, a Janissary soldier (soup maker), Sefer Agha, who arrived in the village at the beginning of the 1600s, built a mosque that shines with its clock tower-looking minaret that was rare among Ottoman mosques in the region.

The mosque, built around 1610-1611 in the eastern Herzegovina region, is named Sefer Agha Begovic after its builder and has stood the test of time through many wars. It was severely damaged in 1993 during the war in Bosnia, however; the mosque was deemed as a "national monument" in 2003 by the Bosnia Herzegovina National Monument Protection Commission and was restored in 2012 in line with to the original.

Speaking to Anadolu Agency (AA), the chief imam of the mosque, Mersad Sabanovic, noted that there were few other mosques similar to this mosque, including Avdic in Bileca, Celebic in Donja Bijenja, Krusevljani in Nevesinje and Telarevic in Fatnica. The minaret when it was first built was 15 meters tall; however, it was knocked down in a storm in 1889 and it was shortened when it was rebuilt.

Dabrica village gathers Muslims from other close villages with this historical

mosque. It was under the rule of Blagaj Kadi of the Ottomans from 1469 to 1851. Located 21 kilometers from the historical and touristic province of Stolac, the mosque is also the praying center of the Muslims in the village and, according to Sabanovic, has motivated people who left their homes during the war to return with hope to their hometown.

After the war, the village's population declined and currently, there are 10 families residing in the village in winter and around 25 in summer.

"This mosque holds the community together with common iftars and despite its diminished community and distance to the city, it is one of the rare mosques that survived," said Sabanovic.

People who once had to abandon their homes also visit the mosque, especially during religious holidays, because it is very meaningful for them to spend these days at home.

The village was included in the Republic of Serbia with the Dayton Peace Agreement, which ended the war, and protection and repair of religious monuments motivate Bosnians to return to their homeland.

"Mosques represent homecomings, they are the centers of communities and people who are worried about their futures take power from them," he said.