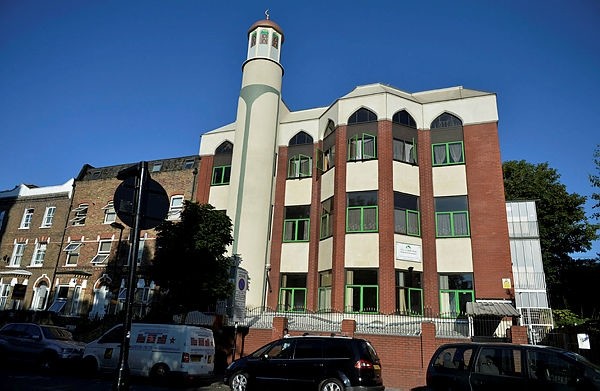 Finsbury Park Mosque has been organizing the Meal for Allu201d event for the homeless in London for two years.
by Anadolu Agency Feb 20, 2018 12:00 am

Every Thursday evening, Eva, a 45-year-old woman from Germany, makes her way to a mosque in North London where she receives a warm meal, something that is hard to come by for a homeless person living on the streets. Eva has been living in the U.K. for five years and has been homeless for the last three. She lost her job as a cleaner when the company she worked for closed down. Since then she has been living on the streets, struggling to find work and subsisting on handouts from churches, which have become scarce in recent months. "Before the church would provide basic food and some shelter, then I had to ask cafes and restaurants for the food they don't use, and even then I am refused due to their policies."

For the last two years, however, Eva has been attending the Meal for All event hosted by the Finsbury Park Mosque every Thursday evening where she enjoys a free dinner and talks to other homeless people and volunteers. The food served includes a variety of cuisines, from Indian curries to Middle Eastern kebabs and döner. "I think this initiative is an excellent idea," she said amid the hubbub of the mosque's busy food court.

"They serve us good food with good portions and no one is left out. Out on the street you are made to feel alone and invisible, but here they talk to you and want to get to know you, not because you are homeless but because you are a human being with feelings and emotions. This initiative has changed the way I view the Muslim community in the U.K. Before I had negative thoughts about them but now seeing what they have done for me and seeing how they take care of the community, Muslim and non-Muslim, I can only thank them," Eva said while drinking a hot cup of tea provided after the meal.

The Meal for All initiative was launched by the mosque in August 2015. They also provide a number of services such as counseling on issues that surround homelessness, providing information on local services in which homeless people can have easy access and employing volunteers who provide company to the homeless.

"As well as welcoming you into their community, they also respect you and treat you with dignity, and that is why I will continue to visit the mosque, because they make me feel good," Eva said one last time before she left.

"The Meal For All is a small project in which we try to help our community. Homelessness is a big issue here in the U.K., and it is increasing unfortunately. Every community and every community center has a duty and responsibility to help on this matter, and this is why we decided to establish this project. We have our partners in the Christian community, and the council who helped us started this project," said Mohammed Kozbar, chairman of the Finsbury Park Mosque.

"It is open for all, regardless of their religion, background and gender, and it is not only about feeding people, it is about socializing, bringing people together and trying to help them in other issues such as housing and unemployment and so on. So it is not just about feeding the homeless; it is more than that: It is for Muslims and non-Muslims, as well," he added.