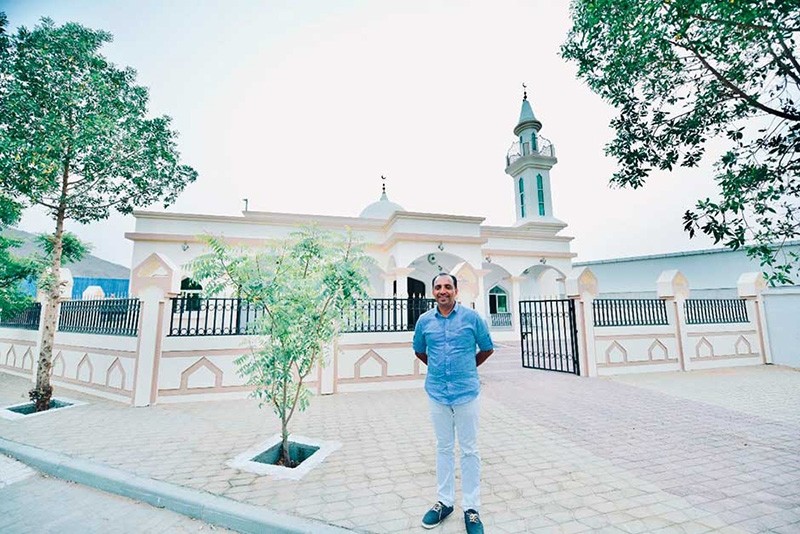 A wealthy Christian Indian businessman gave his workers in the United Arab Emirates a generous gift for Ramadan: a mosque.

When Saji Cheriyan, an Indian expat, said he decided to build a mosque for the Muslim workers to whom he rents accommodation after noticing that they had to take a taxi to a nearby mosque to worship.

"They have to spend at least Dh20 ($5.44) to go to Fujairah city or another industrial area to attend the Juma (Friday) prayers in a mosque. So, I thought it will make them happy if I build a mosque here next to their accommodation," Cheriyan told Gulf News.

Cheriyan built the mosque in just over a year for $354,000. It can accommodate 250 worshipers inside and another 700 in its shaded courtyard. He named the mosque Mariam, Umm Eisa (Mary, the Mother of Jesus), after a mosque in Abu Dhabi with that name.

The 49-year-old is a self-made millionaire, arriving in the Gulf state with only a few hundred dollars in 2003. Fifteen years later, his business continues to boom, and his estimated net worth is nearly $18 million.

"When word spread about my mosque, many other people also offered cash donations, construction materials like sand and paint. But I have politely refused all those offers as I would like to pay from my pocket for this mosque," Cheriyan said.

An Orthodox Christian by birth, Cheriyan previously built a church for his community in Dibba, and has dedicated a multipurpose hall in one of his business complexes for Christians to pray.

"I have grown up seeing communities living together in utmost harmony. We celebrate all religions' festivals, and I don't judge or treat people based on religion, caste, color or nationality. The UAE is another example of communal harmony and tolerance," he said.