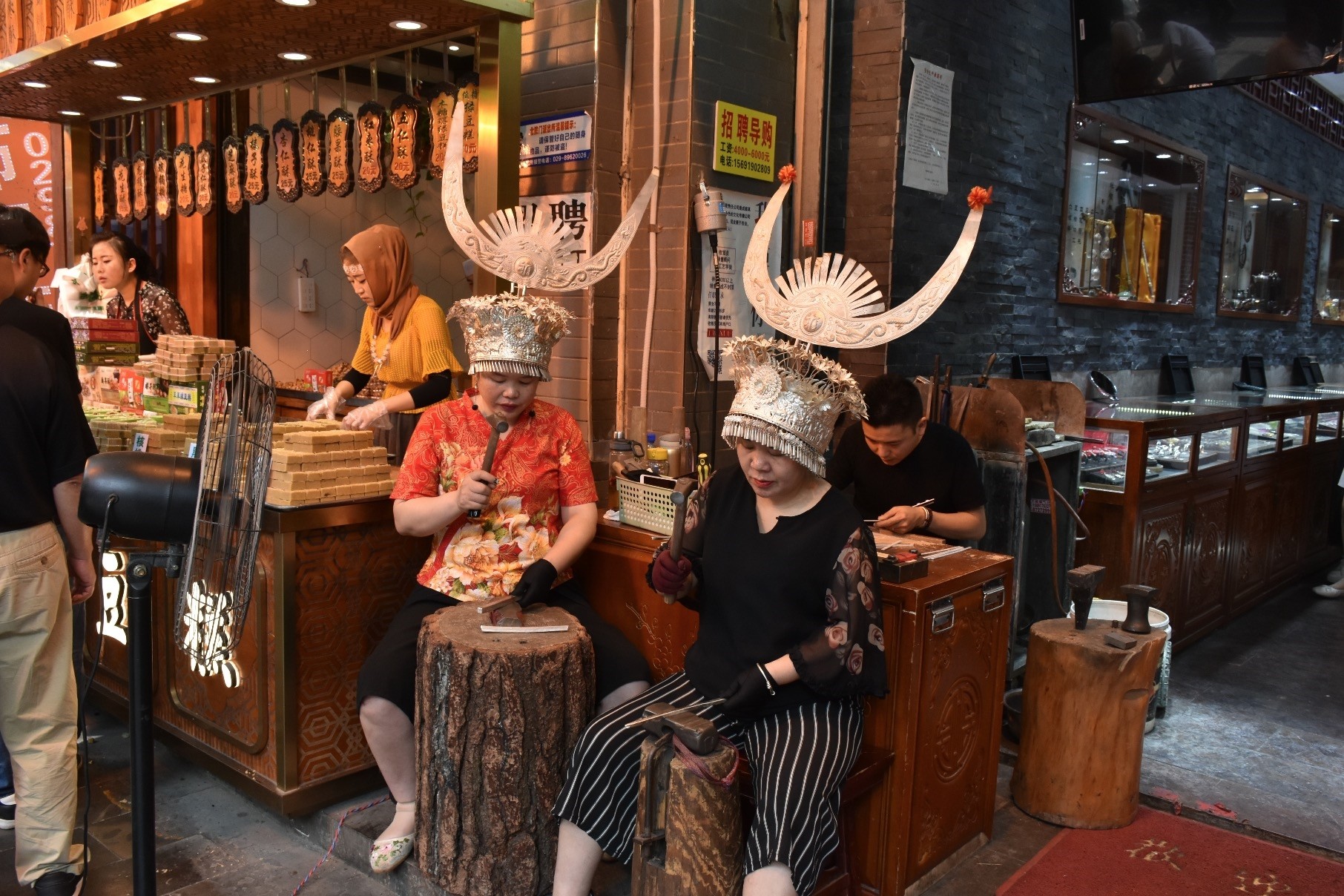 Huimincie, which is where Muslim merchants and travelers first arrived in the country during the Tang Dynasty, is known as the place where Chinese Muslims are concentrated. The street has been restored and improved and now provides a variety of alternatives for Muslims during Ramadan.

For the 60,000 Chinese Muslims living here, restaurants and shops that carry traces of the Ming and Qing Dynasties are flooded by visitors because of the holy month. Those who look for traditional tastes go to Huimincie, where bananas, eggs, rice, traditional desserts made with soybeans, ice creams, drinks and Chinese appetizers are sold.

Many restaurants run by Muslims host local and foreign Muslim visitors in Huimincie. The liveliness of the street, which is nearly 500 meters long, spreads to other side streets.

In the street, which gets crowded when iftar (the Muslim fast-breaking dinner) gets closer, hot foods create a visual feast. While yangrou paomo (soup with bread and lamb) and rou ciamo (Chinese burger) have an important place in iftar and sahur (pre-dawn meal), Chinese dumplings and noodles are among the most-consumed foods.

On the other hand, master chefs who present their talents with ovens in front of the restaurants in Huimincie draw the attention of tourists and add a fair-like atmosphere to the street.

While some of the chefs grind mixtures for desserts on counters with wooden sledgehammers, some roast noodles with meat and other foods.

In Xi'an, the cradle of Chinese culture and civilization and the capital of many dynasties in the past, craftsmen and workers of Huimincie go to the 13-century-old Great Mosque of Xi'an, one of the oldest mosques in the country, and the Xiaotaoyuan Mosque, which is nearly 1,000 years old, for tarawih (the special late-night Ramadan prayer) after they break their fast.

Security forces observe crowded groups in Huimincie as activity increases after iftar. Ten out of 56 ethnic groups in China are Muslim. Hui Muslims and ethnic minorities of Uyghurs, Kazakhs, Tajiks, Tatars, Uzbeks, Salars, Bonan and Dongxiang people live predominantly in the north and northwest of the country.

Hui Muslims and Uyghurs have two autonomous regions - Ningxia and Xinjiang. Other small autonomous administrations belong to Muslims in some states, as well.