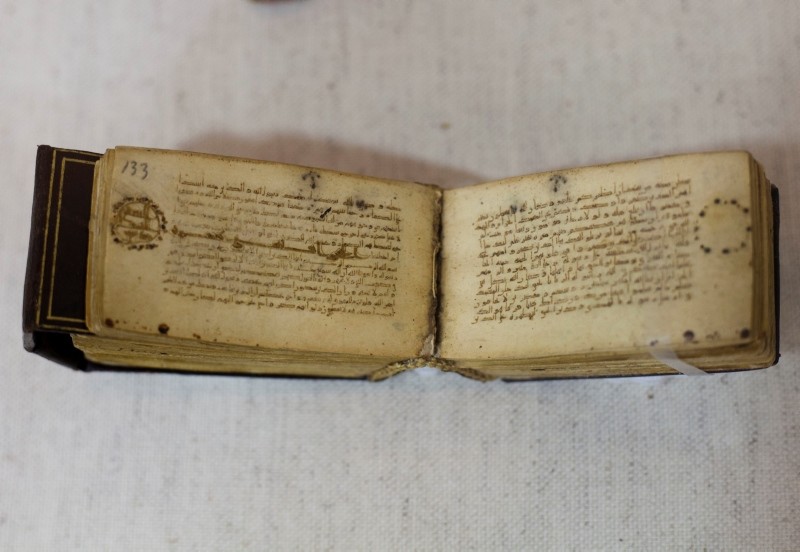 A 10th-century Quran, unique in size and style, has gone on display for the first time as part of a collection of Islamic texts being shown at Israel's National Library to mark the Muslim holy month of Ramadan.

The 16 texts, all from the 10th through 18th centuries, are shown in a small room, with an entrance decorated by ornate flowers that resemble the manuscripts in the showcase.

"We have opened a small, yet powerful exhibition of beautiful, rare Islamic manuscripts that tell the story of Islamic culture across a thousand years," curator Raquel Ukeles said of the exhibit this week, called "Select Pearls from the Islam Collection."

"Here in Israel, where Jewish culture is the majority culture, the minority cultures often don't get enough airtime or space, and so one of the roles of the National Library, with its flagship Islam collection, is to draw attention and broaden awareness, and to make space in Israeli social and cultural consciousness to the culture of Islam," she said.

Featured in the showcase is an exceptionally small and fragile Quran from the 10th century, only 68 by 37 millimeters (2.5 inches by 1.5 inches), which is on public display for the first time. 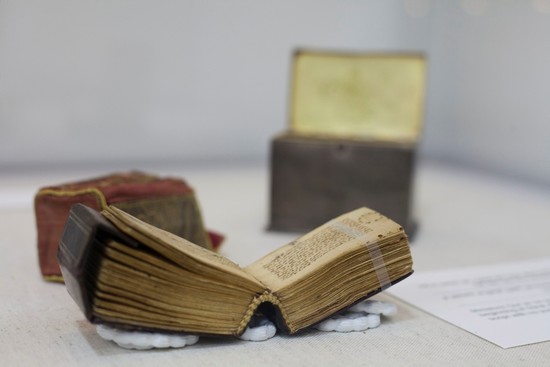 "It's a fragile, but well-preserved item, and what's special about this item is it was written without any punctuation or vowelization," said Ukeles. She said the book likely served as "a religious talisman."

While the library has a collection of 1,800 Islamic manuscripts, this is the first such exhibit for all of Ramadan, Ukeles said.

The collection includes other centuries-old Qurans, scrolls, and illustrations.

Describing the various items, Ukeles said she was especially drawn to the story of Layla and Majnun, an ancient tale of love, which she described as the Persian version of Romeo and Juliet. The manuscript is accompanied by a colorful illustration depicting two young lovers who have been forced apart due to tribal differences.

Israel's National Library has one of the largest research collections in the Middle East, and has hosted public programs during Ramadan for the past 5 years.

"Ramadan is this month of intensive religious activity, but also cultural activity, and so it's a wonderful opportunity to draw attention to the Muslim calendar in general, and to this very special holy month in particular," Ukeles said.

Islam is the dominant faith of Israel's Arab minority, which makes up around a fifth of its population, and of Palestinians in the West Bank and the Gaza Strip.