Muslims throughout the world mark the Day of Aşure 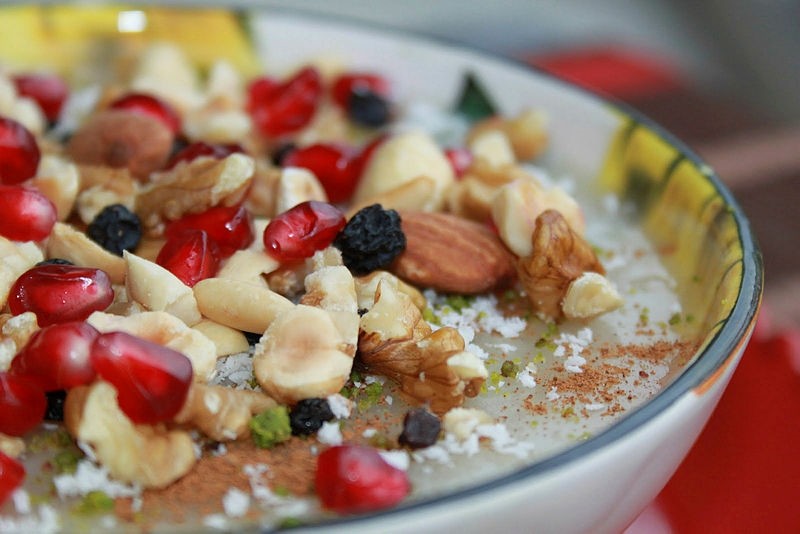 Being observed on the 10th of Muharram, the first month of the Islamic calendar, Aşure is widely celebrated in Turkey and honored around the world with consecutive events. The Muslim holiday is celebrated with its traditional namesake dessert: a mixture of morsels of grain and dried fruits in a sweet pudding garnished with pomegranate.

Traditionally, Aşure is made at home and shared with neighbors. It is also custom to prepare it in large cauldrons to distribute to the poor. This pudding is not only a tasty dessert but also rich in ingredients and healthy for the immune system, especially on cold days. The nuts in Aşure also provide the body with iron, calcium, Vitamin E and Vitamin B, making it ideal for the winter months. There is no specific recipe to cooking Aşure as there are dozens of variations.

Muslims worldwide observe the tradition of preparing Aşure as Prophet Muhammad said, "For fasting the day of 'Ashura,' I hope that Allah will accept it as expiation for the year that went before," as reported in Sahih Muslim, 1976.

What is the significance of Aşure Day?

For Sunni Muslims, Aşure Day is one of respect for Prophet Moses who was saved from the Egyptians by God. Therefore, the day also has significance for Jews and Christians. Some Sunnis observe fasting on this day, though it is not compulsory. The day also marks the day Noah left the ark. According to legend, Noah made this dessert on the ark by mixing whatever ingredients he had left on the ark.

For Shiites, on the other hand, who represent over 10 percent of the world's 1.8 billion Muslims, Aşure Day is an annual commemoration mourning the 7th-century death of Prophet Muhammad's grandson Hussein, one of Shiite Islam's most beloved saints. For Shiites, the remembrance of Hussein is an emotional event that sees many believers weep over his death at the Battle of Karbala in present-day Iraq. Some beat their backs with chains, flagellating themselves in a symbolic expression of regret for not being able to help Hussein before his martyrdom.