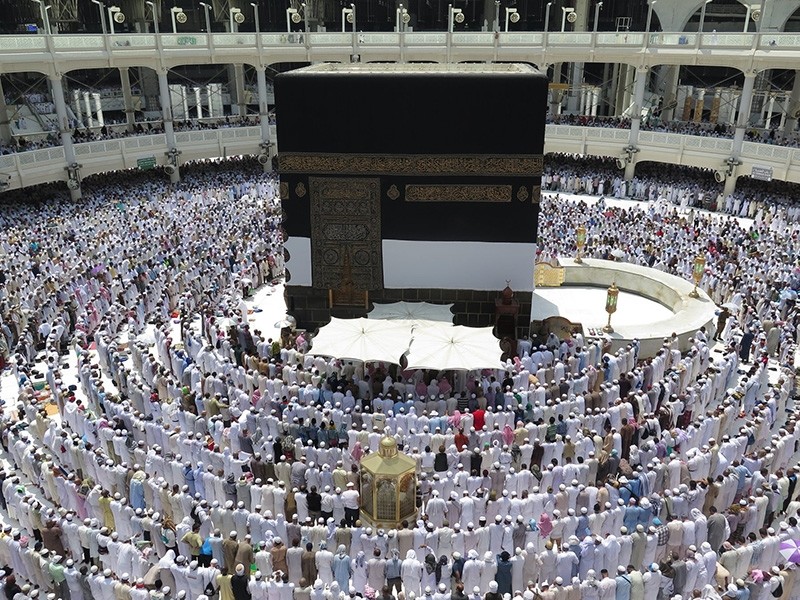 The head of Turkey's Religious Affairs Directorate met Monday with Saudi Arabia's minister of Hajj and Umrah to reach an agreement on services to be provided next year for Turkish pilgrims making their way to Islam's holiest cities.

Ali Erbaş and Mohammed Saleh bin Taher Benten discussed problems and possible solutions regarding the pilgrimage to Mecca and Medina of an expected 80,000 Turkish Muslims.

At the end of their deliberations, they signed a "Hajj Protocol" to finalize the agreement.

The annual Hajj pilgrimage to Saudi Arabia is a religious obligation for Muslims, who must make the journey at least once in their life if financially feasible.

Considered the fifth "pillar" of Islam, the Hajj is intended to demonstrate the solidarity of Muslims and their submission to Allah.

While the Hajj is generally associated with Islam's final prophet, Muhammad, who lived in the seventh century, Muslims believe that the pilgrimage to Mecca dates back thousands of years to pre-Islamic times.

The pilgrimage takes place every year from the eighth to the 12th day of Dhu al-Hijjah, the 12th and final month of the Islamic calendar.

On these five days, pilgrims converge on Mecca, where they circumambulate the Kaaba seven times, run between the hills of Al-Safa and Al-Marwah, drink water from the sacred well of Zamzam, stand vigil on the plains of Mount Arafat and pelt the "devil" with stones.

Pilgrims then cut their hair and sacrifice an animal -- meat from which is traditionally distributed to the poor -- before celebrating Eid al-Adha, or the "Festival of Sacrifice."

Since the Islamic calendar is based on the lunar cycle, the date of the Hajj changes each year on Western calendars.