Muslims all around the world welcome holy month of Ramadan 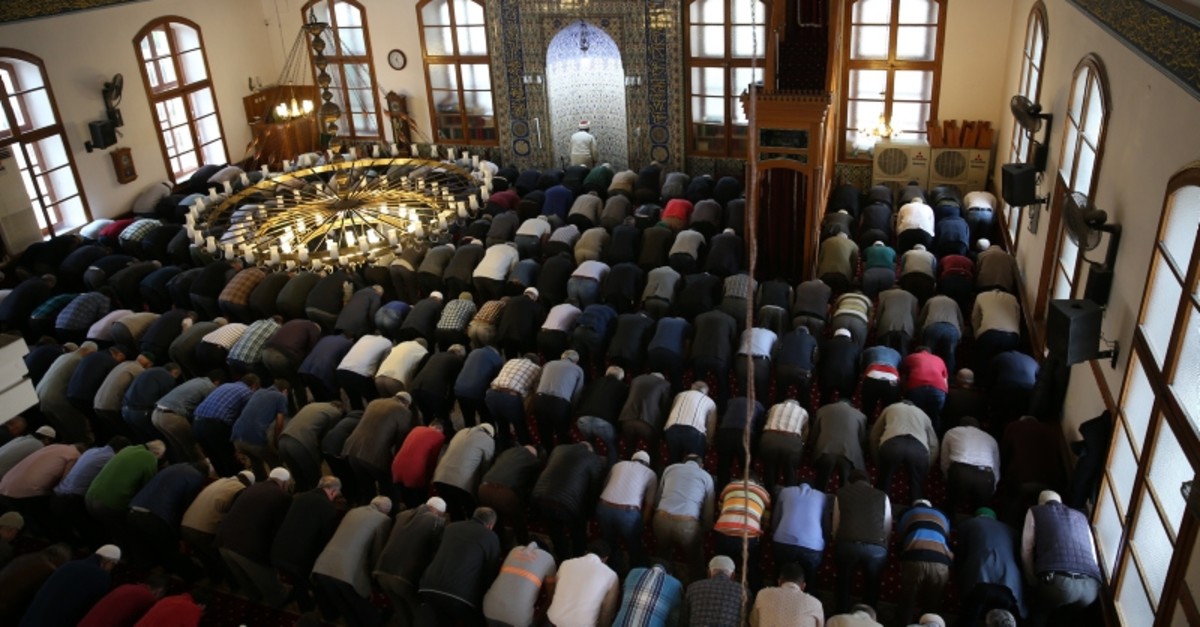 Muslims all around the world are getting ready to welcome the holy month of Ramadan, which begins on Sunday evening in Turkey.

Millions of Muslims on Sunday will offer their first special evening Ramadan prayer called Tarawih, which will then continue throughout the holy month.

Turkey's president on Sunday welcomed the beginning of Muslims' holy month of Ramadan.

On Twitter, Recep Tayyip Erdoğan wished the best for the Turkish nation, the Muslim world, and all of humanity.

"May Allah accept our prayers and bring us to unity and solidarity to the Eid al-Fitr," the holiday at the holy month's conclusion, he wrote.

Ramadan is a time of intense spirituality when believers are thought to be surrounded by angels, the gates of heaven open, and Allah's blessings and mercy are abundant. But it is also a time of great excitement, filling the cities with jubilant festivities and bringing the streets to life when the sun goes down.

Fasting, held from dawn to dusk during Ramadan, is one of the Five Pillars (fundamental religious duties) of Islam. It is a time of self-examination and great religious devotion.

There is also a holy night called Laylat al-Qadr, which means the "Night of Power," when the first verses of the Quran were revealed to the Prophet Muhammad. Muslims are instructed to seek the Night of Power during the last 10 days of Ramadan, particularly on the odd-numbered nights. It is reported that the prophet said, "Whoever stays up (in prayer and remembrance of Allah) on the Night of Qadr, fully believing (in Allah's promise of reward) and hoping to seek reward, he shall be forgiven for his past sins."

Muslims in Turkey will begin fasting on Monday. The holy month will see many of the world's 1.6 billion Muslims commit to a strict daytime fast, often taking the opportunity to make promises to improve their lives.

The Ramazan Bayram, or Ramadan Bayram, which is also known as the Eid al-Fitr holiday, is expected to start on June 4 in Turkey, marks the end of the fasting month of Ramadan, and is celebrated for three consecutive days.

Muslims in various places around the globe fast for different hours, due to the differing lengths of days. The longest fasting takes place in Murmansk, Russia, which has only around three hours of darkness, with 20 hours and 45 minutes, while the shortest fasting hours are in Ushuaia, Argentina, with just 11 hours. 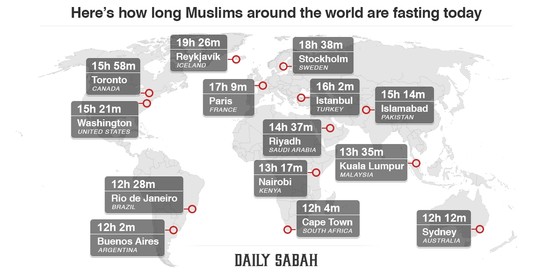 During the holy month, Turkey's aid agencies will also help millions of oppressed and needy people in over 100 countries across the globe.

These agencies, including the Red Crescent (Kızılay), the Humanitarian Relief Foundation (IHH), the Cansuyu Charity and Solidarity Organization, Sadakataşı, and İyilikder, will send aid to millions of people in need across the world.

"During the month of Ramadan, the Red Crescent will reach 14.7 million people in need in Turkey and abroad," according to Red Crescent head Kerem Kınık.

Kınık also said that Kızılay plans to deliver aid to 37 countries, 39 locales, and more than 400 points in Turkey, adding that the agency hopes to deliver at least 400,000 food boxes to their destinations.

The IHH, for its part, also aims to deliver aid to 3 million people in 120 countries during the month of Ramadan.