Over 2 million Muslims ascend Mount Arafat for day of worship 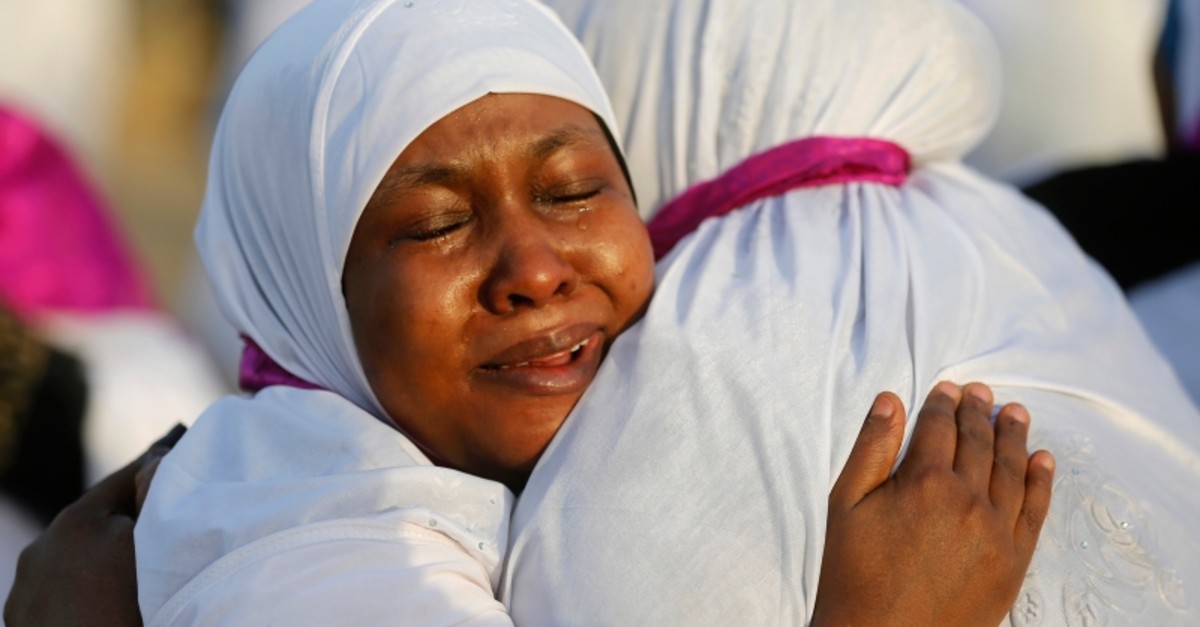 More than two million Muslim pilgrims ascended the plain Mt. Arafat near the Saudi city of Mecca on Saturday to perform the annual Hajj pilgrimage.

After spending a night of meditation and introspection in the tent city of Mina -- the first leg of the five-day Hajj -- pilgrims, dressed in white garment that emphasizes the unity regardless of social status or nationality, set out for Mt. Arafat early morning.

It was on Mt. Arafat that Prophet Muhammad delivered his final sermon.

Muslims are expected to spend the entire day on the Arafat plateau while praying continuously and asking God for forgiveness and mercy.

At sunset, they will descend the mountain and head back to Muzdalifah, the halfway point between Arafat and Mina.

Later, at Mina, they will take part in the symbolic "stoning of the devil" the ritual.

The ritual is a recreation of Prophet Abraham's stoning of the devil at the three places where the latter is said to have tried to dissuade Abraham from obeying God's order to sacrifice his son, Ismael.

After the stoning ritual on Sunday, pilgrims will sacrifice animals to mark the beginning of the four-day Eid al-Adha holiday.

The Hajj pilgrimage is the "fifth pillar" of the Islamic faith -- a ritual that must be performed by all Muslims, if financially viable, at least once in their lives.