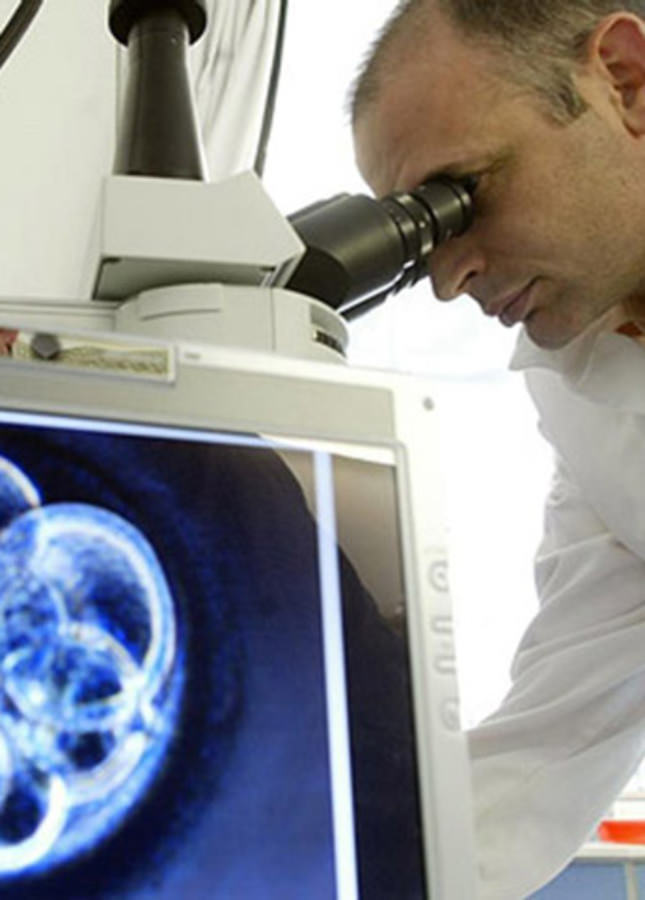 by Feb 27, 2014 12:00 am
Britain is starting a public consultation on rules allowing scientists to create embryos using DNA from three people, a man and two women to prevent mothers from passing on potentially fatal genetic diseases.
Britain's department of health said Thursday the consultation is intended to gather as many views as possible before introducing its final regulations.
The consultation isn't intended to debate whether the controversial techniques should be allowed, but simply how they should be used. The proposed rules have been published online and the government is inviting people to respond online or by mail by late May.
About one in 200 children every year in Britain is born with a mitochondrial disorder, faults in a cell's energy source that are contained outside the nucleus in a normal egg. Mistakes in the mitochondria's genetic code can result in diseases such as muscular dystrophy, epilepsy, heart problems and mental retardation.
The new techniques essentially involve removing the nucleus DNA from a healthy female donor's eggs and replacing it with the nucleus DNA of the prospective mother, either before or after fertilization. Scientists say the DNA from the donor egg amounts to less than 1 percent of the resulting embryo's genes.
"Allowing mitochondrial donation would give women who carry severe mitochondrial disease the opportunity to have children without passing on devastating genetic disorders," Dr. Sally Davies, the chief medical officer, said in a statement.
Last year, Britain's fertility regulator said it found broad public support for the technology, though some concerns were raised about safety.
British law currently forbids altering a human egg or embryo before transferring it into a woman, and such treatments are only allowed for research purposes in a laboratory. For doctors to use the treatments on patients, parliamentary permission to change the law is needed.
The department of health said it hopes legislation will be in place to allow patients to receive the treatment by the end of the year. ıf the law is changed, Britain would become the first country in the world to allow such a medical procedure.
When mitochondrial donation was first successfully used to create an embryo in a British laboratory in 2008, headlines announced that scientists had created a child with three parents '€' two biological mothers and a father. But scientists said that was inaccurate, since there are only trace bits of genetic material from one woman.
If the procedure is approved by Parliament, experts say it would likely only be used in about a dozen British women every year.
"Genetic alteration of disease risk is an important step for society and should not be taken lightly," said Dr. Peter Braude, an emeritus professor of obstetrics and gynecology at King's College London. But he said the proposed regulations would ensure the techniques would be limited to informed couples with personal experience of mitochondrial diseases.
Similar experiments are being conducted in the United States, where the embryos are not being used to produce children but only for research purposes. Last week, the U.S. Food and Drug Administration held a meeting to discuss the techniques and genetic experts warned it could take decades to confirm their safety.
Critics have slammed it as a breach of medical ethics and said women at risk of passing on mitochondrial diseases already have other safe ways of having children, such as using donated eggs.
Human Genetics Alert, a secular group in Britain that opposes many genetics and fertilization experiments, has called the techniques a slippery slope that could lead to "a designer baby market."
"The techniques have not passed the necessary safety tests, so it is unnecessary and premature to rush ahead with legalization," said David King, the group's director.
Last Update: Feb 27, 2014 4:48 pm
RELATED TOPICS