Astronomers hear an echo in space 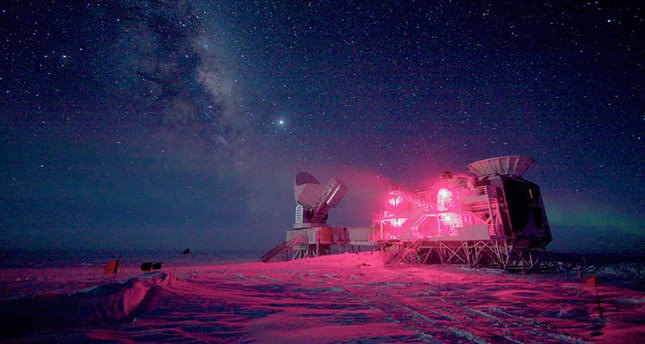 by Mar 19, 2014 12:00 am
NEW YORK – Astronomers announced on Monday that they had discovered what many consider the holy grail of their field: ripples in the fabric of space-time that are echoes of the massive expansion of the universe that took place just after the Big Bang.

Predicted by Albert Einstein nearly a century ago, the discovery of the ripples, called gravitational waves, would be a crowning achievement in one of the greatest triumphs of the human intellect: an understanding of how the universe began and evolved into the cornucopia of galaxies and stars, nebulae and vast stretches of nearly empty space that constitute the known universe.