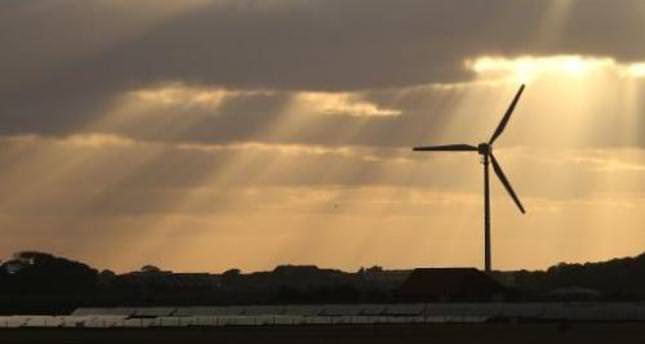 by Sep 08, 2014 12:00 am
Renewable energy, essential for meeting global CO2 emission targets, needs a stable regulatory framework, a cut in fossil fuel subsidies and more interconnected power grids to develop, a global energy agency said Sunday. The development of renewable energy will lead to a "new industrial paradigm" for electricity production, as it should expand by 70 percent globally between 2011 and 2030, according to the International Renewable Energy Agency. IRENA said cutting, or even cancelling, subsidies to energy produced with fossils would significantly reduce the cost of financing renewable projects. "Renewable energy investors need stable and predictable policy frameworks, which recognise the system-level benefits renewable energy can bring," IRENA said.

"They need a level playing field, including cutting back on the substantial subsidies currently enjoyed by fossil fuels worldwide," it said. IRENA also called for a "supportive grid infrastructure," arguing that the industry needs more regional interconnections to "take advantage of synergies between different forms of renewable power." "A sector once dominated by large utilities is becoming more decentralised, diverse and distributed," IRENA said. As an example, it cited Germany, where only 12 percent of renewable energy assets, such as wind turbines and solar panels, are managed by traditional energy companies. But this development needs substantial annual investment of at least $550 billion (TL 1.1 billion) until 2030, to increase the share of renewables to 36 percent of produced energy, and to contain global warming, IRENA said.Investment in renewables amounted to $214 billion in 2013. Investment will come from the private sector, but governments have a role to play, mainly in emerging countries, the report said.