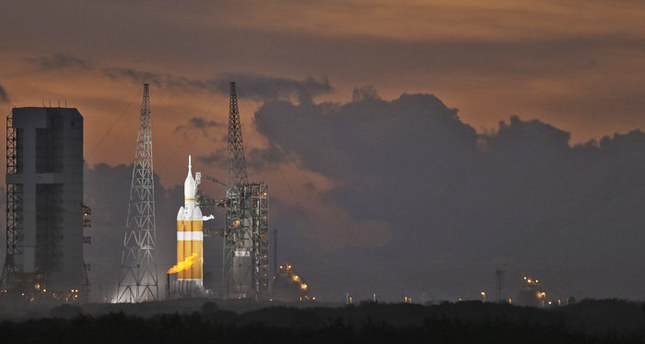 by Associated Press Dec 04, 2014 12:00 am
NASA stood poised to usher in a new era of exploration on Thursday with the premier launch of its new Orion spacecraft, but the countdown was repeatedly stalled by gusty winds and then a rocket problem.

After halting the countdown twice because of wind gusts, NASA pushed ahead, only to be thwarted by balky rocket-fuel valves. The latest countdown was stalled with just 3:09 to go as launch controllers rushed to fix the problem before the mid-morning launch window expired.

The valves control the flow of the liquid oxygen and liquid hydrogen in the three first-stage booster engines. The propellants combine to ignite with the explosive force needed to thrust the rocket toward space.
Last Update: Dec 27, 2014 4:30 pm
RELATED TOPICS