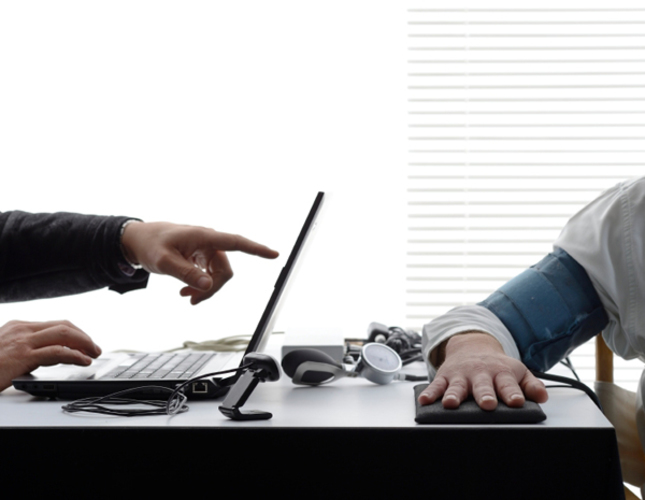 by Daily Sabah Dec 23, 2014 12:00 am
A polygraph machine, designed specifically to fit Turkish culture, will be manufactured as part of a project at Üsküdar University that focuses on transferring brain signals to a computer. The founding chancellor of the university, Professor Nevzat Tarhan, discussed the "domestic lie detector" project to Anadolu Agency.

The reaction of the brain, neuro transmission as well as oxygen and glucose consumption vary when a person says something that he or she believes to be true or not, Tarhan said, adding a person's reaction to a lie can be detected through his or her brain signals.

He said that they are able to transfer the change in a person's brain signals, heart rate, blood pressure, respiratory frequency, muscle strain and electro-dermal activity to a computer via sensors attached to the polygraph machine.

Recently, an act has entered into force in Turkey enabling the use of polygraph machines, within the structure of national intelligence, by security forces. Every province and district will use a polygraph during interrogations.

According to Tarhan, this practice will require "a great deal of importation from other countries," forcing Turkey to spend foreign currency. "We believe that we have the necessary academic staff to manufacture our own polygraph machine," he added. He said that they are waiting on contributions from the Scientific and Technological Research Council of Turkey (TÜBİTAK) and other development agencies.

"We will manufacture a polygraph machine suitable for Turkish culture, because something that is considered a lie by other cultures can be a normal thing in Turkish culture. It is important that the person has to believe what he is telling is a lie for this machine to work. For instance, when an American is asked a question about his wife's jealousy, he might consider this as a normal question however, when this question is asked to a Turkish man, his brain gives different reactions, taking into account the Turkish culture," he continued.

Tarhan and his team intend to create a software taking Turkish people's features into consideration in order to minimalize error. "For example the reaction of a man from the Black Sea region will not be the same with a man from the Aegean region when they see a gun, in the same way it wouldn't be the same for a European," Tarhan claimed.

He concluded by saying that if domestic polygraph machines become widespread, it can also be exported to other countries