Egg or sperm? Scientists identify a gene that makes the call 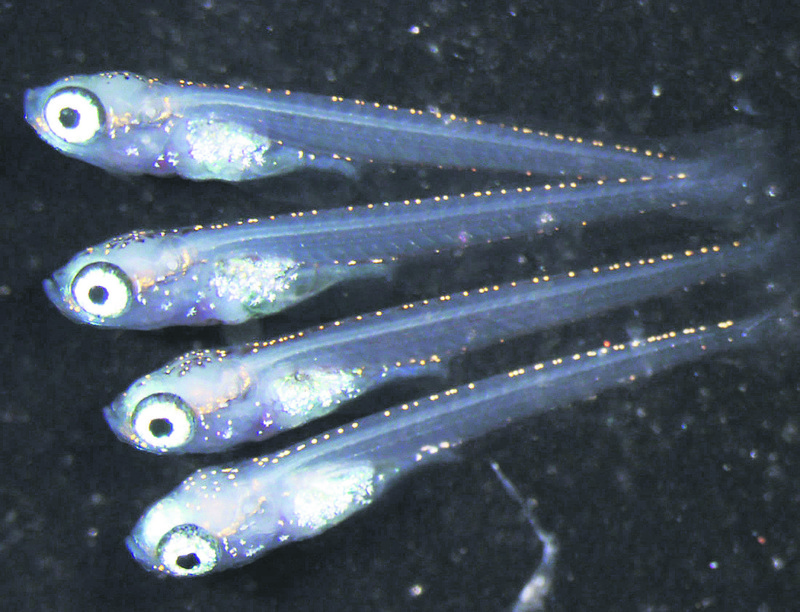 by Jun 15, 2015 12:00 am
Providing insight into the sometimes mysterious biology of reproduction, researchers in Japan have identified a gene that controls whether the reproductive precursor cells known as germ cells eventually become sperm or eggs. The scientists on Thursday described experiments involving a small fish called the medaka, or Japanese rice fish, that revealed the role of a gene called foxl3 in controlling the fate of germ cells. Germ cells are present in the bodies of vertebrates of both sexes, but the molecular mechanism that drives them to develop into either sperm, the male reproductive cell, or an egg, the female reproductive cell, has been elusive. In determining that foxl3 serves as a genetic switch for deciding the sperm-or-egg question, the researchers found that the gene is primarily active in a female's germ cells to prevent them from becoming sperm cells instead of egg cells in the ovaries.

The gene is not active in the surrounding cells of the fish's reproductive organs. When the scientists inactivated the gene in female fish, the germ cells turned into sperm in the medaka's ovaries rather than eggs cells, as might be expected in a female. Those sperm cells functioned normally, successfully fertilized egg cells and produced healthy offspring. Humans do not possess the exact same gene, but the researchers suspect a similar genetic switch mechanism may be at play in people, too. Reproductive biologist Minoru Tanaka of Japan's National Institute for Basic Biology said nobody knew that in vertebrates germ cells have a switch mechanism to decide their own sperm-or-egg fate. "The germ cells were regarded as passive cells that are regulated by other cells," added Tanaka, whose research was published in the journal Science. Fellow National Institute for Basic Biology reproductive biologist Toshiya Nishimura added: "In spite of the environment surrounding the germ cells being female, the fact that functional sperm has been made surprised me greatly. That this sexual switch present in the germ cells is independent of the body's sex is an entirely new finding."