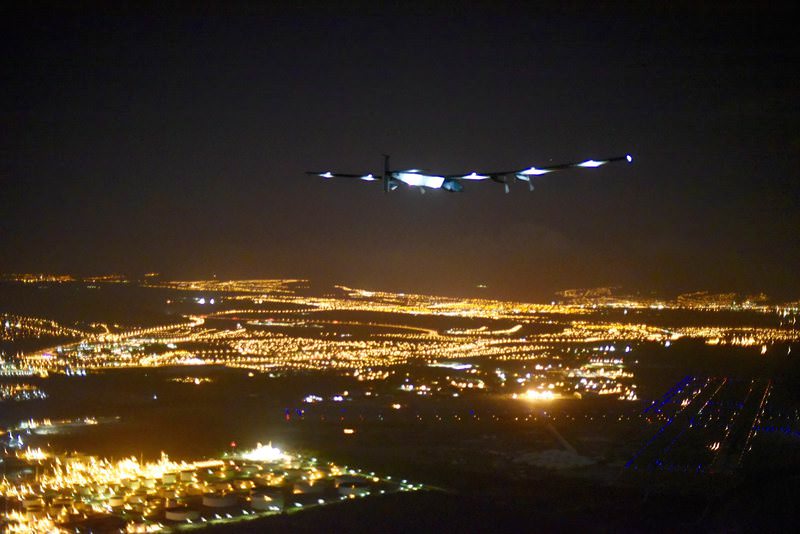 
Swiss veteran pilot Andre Borschberg and his single-seat aircraft landed at Kalaeloa, a small airport on the main island of Oahu. His 118-hour voyage from Nagoya in Japan broke the record for the world's longest nonstop solo flight, his team said. The late U.S. adventurer Steve Fossett set the previous record of 76 hours when he flew a specially-designed jet around the globe in 2006.

But Borschberg flew the Solar Impulse 2 without fuel. Instead, its wings were equipped with 17,000 solar cells that charged batteries. The plane ran on stored energy at night.

The plane's ideal flight speed is about 28 mph though that can double during the day when sun's rays are strongest. The carbon-fiber aircraft weighs over 5,000 pounds or about as much as a minivan or mid-sized truck.

Borschberg and his co-pilot Bertrand Piccard have been taking turns flying the plane on an around-the-world trip since taking off from Abu Dhabi in March. After Hawaii, it will head to Phoenix and then New York. 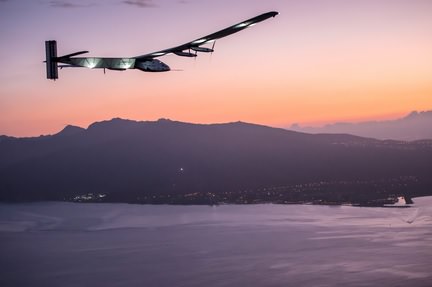 The project, which began in 2002 and is estimated to cost more than $100 million, is aimed at highlighting the importance of renewable energy and the spirit of innovation. Solar-powered air travel is not yet commercially practical, however, given the slow travel time, weather and weight constraints of the aircraft.

Borschberg took naps and practiced yoga to cope with the long hours.

"Yoga is a huge support for this flight above the Pacific: it positively affects my mood and mindset," he wrote in a tweet from the plane on Thursday.