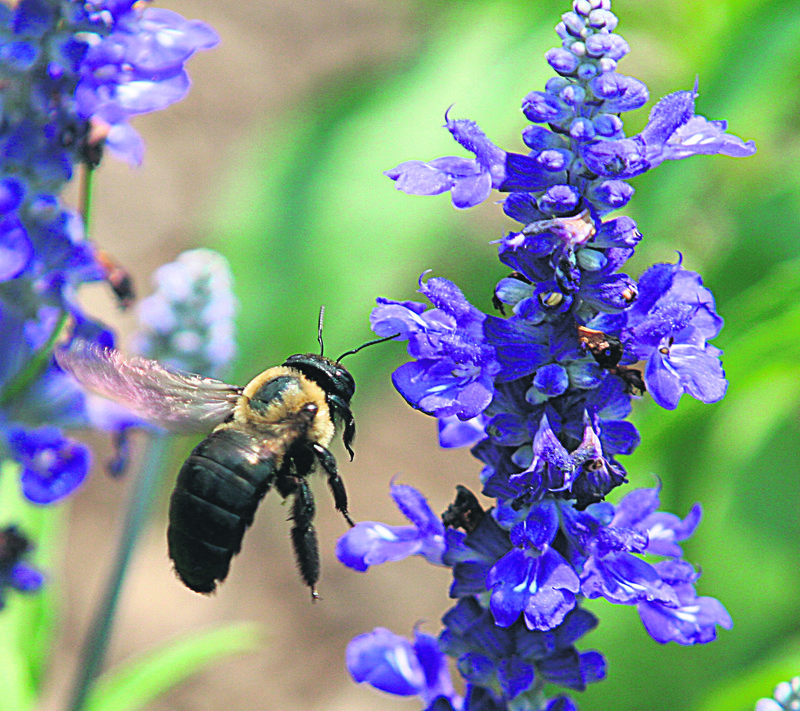 by Will Dunham Jul 14, 2015 12:00 am
Global warming is shrinking the terrain where bumblebees live in North America and Europe, with these vital pollinators departing the southernmost and hottest parts of their ranges while failing to move north into cooler climes, scientists say.

Their study, published on Thursday, used records from 1901 to 2010 to track 67 bumblebee species, finding that the insects have surrendered about 185 miles (300 km) from the southern end of the regions they called home on both continents. The researchers found no evidence pesticide use or habitat destruction were to blame, instead implicating rising temperatures recorded since climate change began accelerating in the 1970s. "This is the 'climate vise,'" said University of Ottawa biologist Jeremy Kerr, with the bumblebees "stuck at the northern edges of ranges while the southern edges are crushed inward and those populations are lost." "Bumblebees are declining incredibly fast and the fingerprints of human-caused climate change are all over these changes," Kerr added. "Even more incredibly to us, these effects are often nearly identical across continents, occurring at the same pace in both Europe and North America." The steep decline of bumblebees on a continental scale threatens food security and the economic viability of some crops, the researchers said. Bumblebees pollinate numerous plants that provide food for people and wildlife.

"Wild bumble bees are important pollinators of agricultural crops such as blueberry, apple, pumpkin and tomato, and declines in this ecosystem service of pollination could lead to lower crop yields and higher food costs, with consequences for both our food supply and the economy," University of Vermont biologist Leif Richardson said.

atures, but unlike other species they have not moved further north into more hospitable territory. "They are failing to colonize newly available environments created by this warming. Climate change may be making things too hot for them in the south, but warming conditions are not pulling them north as we would expect," University of Calgary ecologist Paul Galpern said. Kerr said dramatic action should be considered: a proposal called "assisted migration" involving a large-scale relocation of bee populations into new areas where they might thrive. "More generally, losing pollinators is a sign that we are playing dangerously with life-support systems we can't do without," Kerr added. "That is an experiment we should never have started."
Last Update: Jul 14, 2015 9:46 pm
RELATED TOPICS