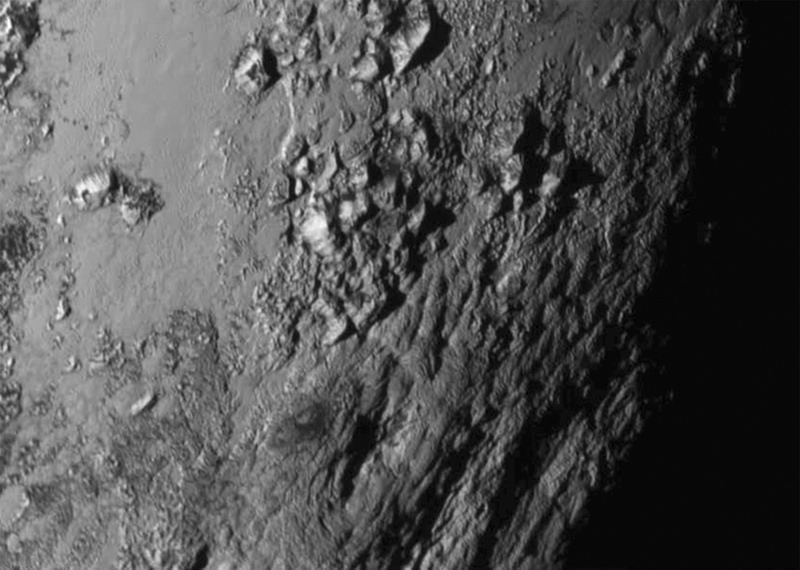 by Associated Press Jul 15, 2015 12:00 am
Nasa has presented the first up-close images ever of Pluto and its big moon Charon acquired by the New Horizons probe during its historic flyby of the planet.

A zoom-in of Pluto reveals an icy range about as high as the Rockies. To the scientists' great surprise, there are no impact craters. On Charon, deep troughs and canyons can be seen.

The images were collected as New Horizons swept within 7,700 miles (12,400 kilometers) of Pluto on Tuesday, becoming Pluto's first visitor in its 4.5 billion-year existence.

Scientists didn't know until Tuesday night when the spacecraft phoned home that the encounter was a success.