Plants can fight back against TNT pollution, researchers say 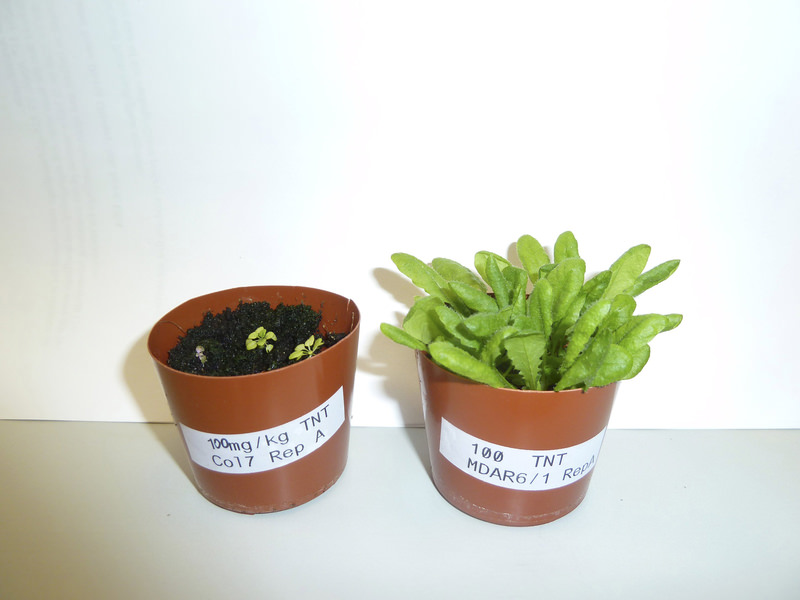 by Will Dunham Sep 08, 2015 12:00 am
Scientists have discovered why TNT is so toxic to plants and intend to use this knowledge to tackle the problem of cleaning up the many sites worldwide contaminated by the commonly used explosive.

Researchers on Thursday said they have pinpointed an enzyme in plants that reacts with TNT, which is present in the soil at contaminated sites, and damages plant cells. TNT pollution can devastate vegetation and leave land desolate.

Conventional breeding techniques could be used to produce plants like grasses that would lack the enzyme and be more tolerant of TNT, they said. These could be grown to re-vegetate contaminated land and remove TNT from the soil. "Explosives such as TNT are toxic not only to plants but also animals, microbes and aquatic life," said biotechnology professor Neil Bruce of Britain's University of York, who led the study in the journal Science.

"Large areas of land are now contaminated by explosives, and there is a pressing need to find low-cost sustainable solutions to containing these pollutants and ideally removing these pollutants from contaminated areas. Plants have the potential to do this if we can alleviate the toxicity issue." TNT has been used as an explosive for more than a century. Vast quantities have been manufactured and used, polluting military live-fire training ranges, manufacturing waste sites, mines and war zones. It resists being broken down by microbes and remains in the soil for decades. "In the U.S., it is estimated there are about 10 million hectares (24 million acres) of military land contaminated with munitions constituents, many of which contain TNT," University of York biologist Liz Rylott said. TNT lingers in plant roots, inhibiting growth and development.

The researchers, working with a small flowering plant called Arabidopsis thaliana common in laboratory experiments, found that specimens with a mutation in a gene called MDHAR6 were able to thrive in TNT-contaminated soil. Plants lacking the mutation struggled in the same soil.

The gene controls an enzyme that recycles vitamin C in structures called mitochondria that provide the energy that powers cells. The enzyme converts TNT to a more toxic compound that damages a plant's cellular machinery. The plants with the mutation produced a non-functional enzyme version, short-circuiting TNT toxicity. The researchers said Arabidopsis is too small and weedy to be useful at TNT-contaminated sites but plants like switchgrass could be bred for this trait and introduced within around five years.
RELATED TOPICS