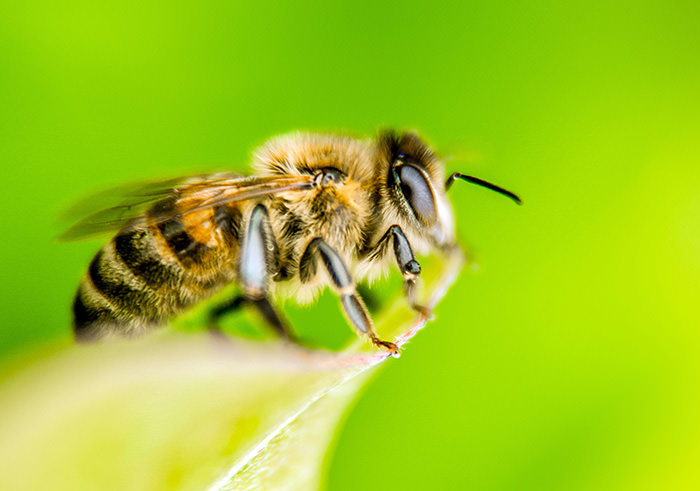 This picture taken in Godewaersvelde, northern France, on July 24, 2015 shows a bee on a leaf. (AFP Photo)
by Daily Sabah Oct 16, 2015 12:00 am
A new study conducted by researchers at the University of Sussex found that bees have high appetites for caffeine, similar to dedicated coffee-loving humans.

Researcher Dr. Roger Schurch, from the University of Sussex, said: "We were surprised at how, across the board, we saw an effect of caffeine just about everywhere we looked in foraging and recruitment, and all in the direction to make the colony more faithful to the caffeinated source compared to an equal-quality, un-caffeinated source."

The nectars, the sugary flower juice that attracts pollinating insects, include caffeine in more than half of the plants.

The study was published on the latest issue of the science journal, Current Biology.

Co-author Dr. Margaret Couvillon, another academic at the University of Sussex, said: "Some plants, through the action of a secondary compound like caffeine that is present in nectar, may be tricking the honey bee by securing loyal and faithful foraging and recruitment behaviors, perhaps without providing the best quality forage."

Such a habit, could, in fact, affect the bees' honey production, the researchers added.
Last Update: Oct 16, 2015 11:13 pm
RELATED TOPICS