TV networks open labs to read the minds of viewers 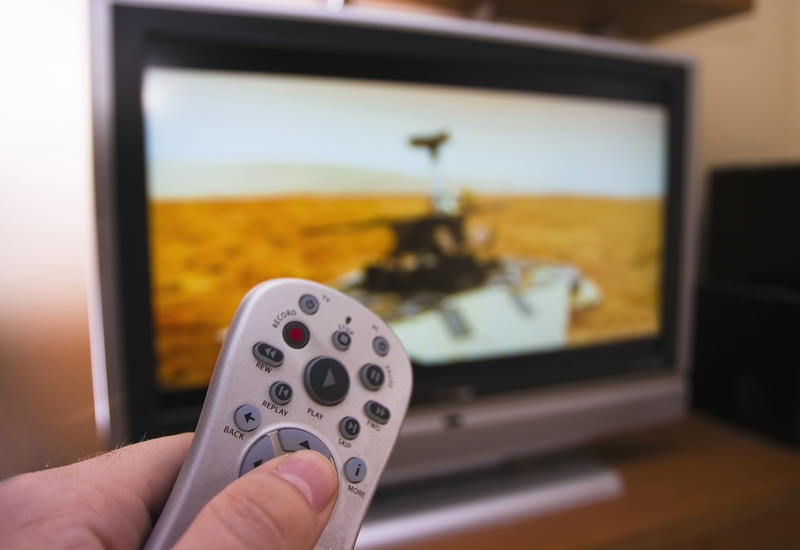 by Nov 07, 2015 12:00 am
TV networks are trying a new tactic to understand what shows and commercials people like to watch: read their minds. Comcast Corp's NBCUniversal and Viacom Inc are each opening labs where they will study TV viewers in mock living rooms filled with infrared cameras tracking their biometrics - such things as eye movements and facial reactions made while hooked up to skin sensors and heart monitors.

Viacom's lab, which is being built in New York, will include electroencephalograms (EEGs) to monitor peoples' brain waves while watching television. And ratings firm Nielsen Holdings , which just bought neuroscience firm Innerscope Research earlier this year, is adding facial coding and biometrics to its labs, which currently conduct eye tracking and perform EEGs. Networks have tried for years to find out what viewers think, but their technology is still mostly based on surveys and asking watchers to turn dials about what they like and don't. The new biometric data avoids questions, tapping straight into physical response.

"The problem is that when you ask someone how they respond to things, they sometimes think about it or they overthink it," said Alan Wurtzel, president of research and media development at NBCU. "This is the closest to what's going on inside your brain." As more viewers fast-forward through ads, and advertisers increasingly shift their budgets away from TV in favor of digital ads, networks see neuroscience and biometrics as a way for them to target ads better and improve relations with advertisers.

The experience of The Ad Council, a New York-based organization that creates ad campaigns for non-profits and government agencies, shows how using biometrics could help boost response from viewers. It has worked with Nielsen Neuroscience to test some of its ads. In testing one ad, for The Shelter Pet Project, which promotes the adoption of pets from local animal shelters, viewers were engaged by watching a mixed-breed dog playing with the screen and reaching out to viewers. But the parts of viewers' brains triggering memory weren't firing when the message about contacting Shelterpetproject.org appeared on the screen, said Patty Goldman, research director with Ad Council.

So Ad Council tweaked the ad to add audio encouraging viewers to visit the site. While it's not known how much the change affected the results of the ad, the Ad Council did have success with the entire campaign, seeing average monthly visitors to the Web site increase to 174,000 from 74,000 within the first three months of the campaign.

NBCUniversal, which opened its lab in Orlando, Florida, in September, wants to be able to tell which scenes elicit the strongest emotional response from viewers, and then use those scenes in its promotional ads, said Wurtzel. Viacom is examining different kinds of viewer focus and ultimately wants to find the best time for a commercial, so that, for example, if a scene elicits a response from expectant mothers it can plug in a diaper ad; if the scene makes people hungry, it's time to run an ad for food. Viacom, whose offerings include Nickelodeon and MTV, has been working to improve the ratings of many of its top networks, which have been in decline. The concern is that the new process, which at $30,000 to $100,000 per study costs about twice as much as normal focus groups, may not improve sales. "Just because their brain cells are lighting up during a commercial, doesn't necessarily mean they are going to buy the product, they may simply find the commercial engaging," said Beth Rockwood, senior vice president, market resources and advertising sales research at Discovery Communications, which is looking into possibly doing more with neuroscience research.

Hershey Co has been using neuroscience and biometric research for several years, and still is unsure what conclusions it can draw regarding their effectiveness. "I don't think anyone is comfortable saying that this is going to translate into more sales," said Andy Smith, director of consumer insights at Hershey. He said he agrees that the research can win points with advertisers, a crucial advantage in TV's war with the Internet. "If I can get more growth by spending less, we benefit," Smith said.

Every week in the Time Warner Center in New York City about 200 people are paid to come to be watched watching television, movies or playing on computers in Time Warner Inc's three-year old Medialab. Participants get paid anywhere from $10 for a 10-minute study to $1,000 for a full day. Cameras which track their eyes and record their facial expression line the front of a fake living room. Clip-on sensors on their fingers pump a micro-electric current to track sweat. Belts track heart rates and next year, the lab will add EEGs. Time Warner's Turner Broadcasting System, a pioneer in biometrics, with Innerscope Research tested a U.S. Navy ad that depicted an aircraft carrier. Using eye tracking technology, Turner was able to see that viewers with devices in their hands looked up at the sound of the helicopters in the middle of the ad. There also was a spike in the heart rates and skin sensors in the moments following the sound, showing that they had the strongest emotional response to the ad during those seconds, said Howard Shimmel, chief research officer at Turner.

"The eye tracking showed that they looked back up, but the biometrics showed that they were engaged," said Dr. Carl Marci, chief neuroscientist at Nielsen Consumer Neuroscience. "Eye tracking is not an emotional measure, it's an attention measure and even people focus on something, their brain may not be responding to it." However, viewers looked back down at their devices after the sound. Turner's response to advertisers: announce your brands, don't just show them. Networks also need to worry about toeing the line between being engaging and making consumers feel used. "I think that we should all feel a little paranoid and a little manipulated by all of this," said Dave Poltrack, chief research officer at CBS Corp. "This is a trust and if we do it right, we provide information and content that is valued."