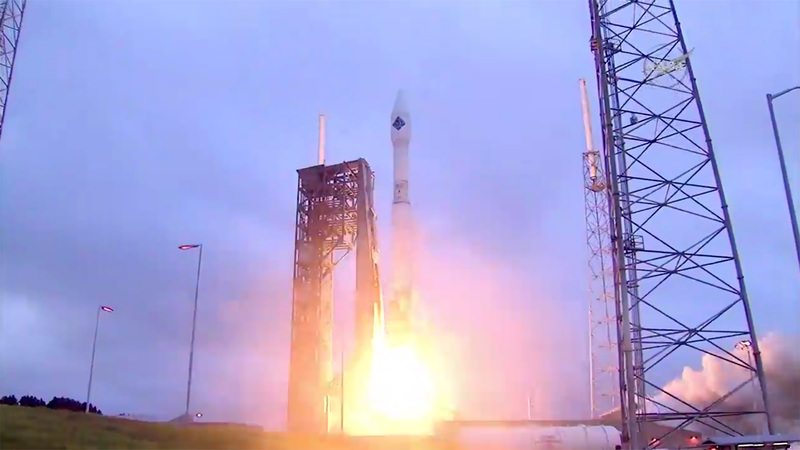 by Dec 07, 2015 12:00 am
Orbital ATK on Sunday launched its Cygnus cargo ship to resupply astronauts at the International Space Station, one year after a sudden rocket accident delivered a setback to commercial spaceflight.

"Liftoff, on the shoulders of Atlas," NASA spokesman Mike Curie said as the unmanned spacecraft blasted off from Cape Canaveral, Florida atop an Atlas V rocket at 4:44 pm (2144 GMT).

The launch marks Orbital's fourth scheduled mission to the orbiting outpost, as part of a $1.9 billion contract with NASA to deliver necessities to the astronauts living in space.

The spacecraft is carrying the most cargo ever packed onto a barrel-shaped Cygnus, with some 7,300 pounds (3,300 kilograms) of gear, including science experiments, ready-made food, a jet pack for spacewalking astronauts and even a satellite made by elementary school students.

In October 2014, an Orbital Antares rocket packed with thousands of pounds of supplies exploded seconds after takeoff, marking the first catastrophic failure since private companies began resupplying the orbiting outpost in 2010.

It was followed eight months later by a SpaceX rocket explosion, and the consecutive accidents effectively shut off the flow of US supplies to astronauts in orbit.
RELATED TOPICS