US scientists use stem cells to grow new eye tissue 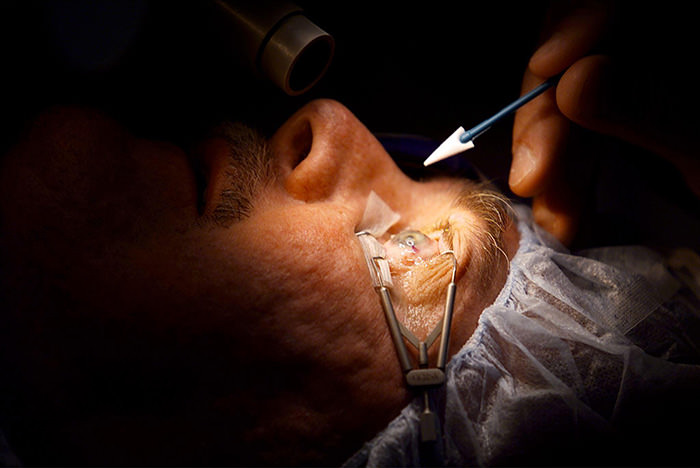 by Anadolu Agency Mar 10, 2016 12:00 am
Scientists announced Wednesday they have developed a new form of eye repair treatment where stem cells are used to grow new tissue for patients suffering from cataracts or other ailments.

Researchers were able to cure cataracts by implanting stem cells, the body's "master cells" that can develop into many different tissues, into the eyes of patients.

The method was tested on rabbits, monkeys and, finally, babies born with cataracts – buildups of protein within the eye that impair vision.

All babies developed clear vision after treatment and will be monitored for years to come. Untreated cataracts is the largest cause of blindness around the world, according to the World Health Organization (WHO), which also claims that 90 percent of those who are visually impaired live in low-income environments around the world.

While some babies are born with congenital cataracts, the condition is far more common in the elderly. More than half of Americans experience a cataract by the age of 80, according to research released by the National Eye Institute, a center funded by the United States government. Surgery is common, but can be expensive, damaging and impermanent.

By using a patient's stem cells, researchers are hoping to unlock a treatment that is less invasive and more enduring. Scientists hope to develop treatments for many different organs using stem cells. "An ultimate goal of stem cell research is to turn on the regenerative potential of one's own stem cells for tissue and organ repair as well as disease therapy," said Dr. Kang Zhang, a researcher at University of California, San Diego. "The success of this work represents a new approach in how new human tissue or organs can be regenerated and human disease can be treated, and may have a broad impact on regenerative therapies by harnessing the regenerative power of our own body."

The research was published in the journal Nature by scientists from the University of California, San Diego, which also partnered with Sun Yat-sen University in China.